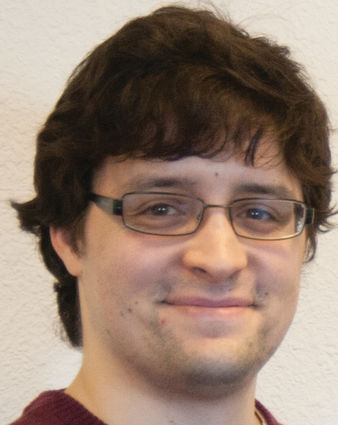 Hypocrisy can be very entertaining. I know it drives most people mad but if you look at it from a humorous angle, it provides an endless source of enjoyment.

Most of us have a little hypocrisies that we carry with us but the best types of hypocrisy are the hulking, albatross types. The ones like how Democrats claim to care about the homeless, how Republicans pretend to care about anyone that makes under 100K or me taking jabs at the NFL's worst franchises even though my Jags have easily been among the worst franchises of this decade. (Still, we - that's right I'm on the team - were a play away from making the Super Bowl two seasons ago!) All of it is great stuff.

My favorite hypocrite of the moment is the entirety of MLB. Baseball puts on a lot of airs about playing the game the right way and having stoicism to the game just as The Babe and the '27 Yankees did. That's why there are bench-clearing brawls from time to time over home runs. A player shouldn't admire the ball that he literally hit out of the park, no matter how fired up the crowd gets. He should just quickly jog around the bases and let the pitcher, who trash talks every hitter and wears whatever distracting item he can, pout on the mound. Because showing any kind of jubilancy in this game is worse than any of the seven deadly sins. The sanctity of the game must be protected at all costs and home run celebrations are a threat to that.

Meanwhile, it's perfectly OK for the Houston Astros to use video to steal signs and alert their hitters in a super obvious "hey, what's that noise?" kind of way, and everyone in baseball is fine with this because, reasons.

Quickly for those not up-to-date, the MLB's latest and greatest cheating scandal involves the Astros franchise. Stealing signs is nothing new but what the Astros were doing took it up a notch. The Astros, using a video camera, stole pitch signs, primarily for off-speed pitches and let their hitters know it was coming by banging on a trash can. There's the short of it and more could come out as the MLB digs around, although I have my doubts about that.

Stealing signs is nothing new, runners on second can catch a glimpse of a sign and let their teammates know what's coming but using cameras gives a team a huge advantage. Internet sleuths have already begun piecing together Astro games and putting compilations together on how effective Houston was at this. It's all pretty damning too, just YouTube "Astros cheating" to see for yourself.

I think this story wouldn't have the legs it does if it were any other team. The Astros have been excessively arrogant, and this is coming from someone who enjoys when teams or players stick out their chest. The past couple of years they've basically been bragging about how they're the gods of baseball and all should bow beneath them.

This cheating scandal paired with their ridiculous handling of assistant GM Brandon Taubman is going to knock the Astros down several pegs and I fully expect teams and other executives to help the free fall, even if it means burning their own people. (Looking in the general direction of the Boston Red Sox and New York Mets)

And when you read all the stories about this scandal it seems like what the Astros were doing was well known around the league, from front offices to players. This is why it's hilarious that pitchers like Madison Bumgarner would be more upset with a Rockies player admiring their home run than say a team that had a significant advantage over a pitcher because they were cheating.

The Astros cowardly owner Jim Crane made things worse by not only refusing to talk with the media at the owners' meetings last week, but he also had security surround him and even tried to get the media tossed out of the hotel. Let's say it together, COWARD.

What's with all these billionaire owners being so soft and weak? I take plenty of shots at Dallas Cowboys owner Jerry Jones but at least he's not afraid to face the media during rough times. Crane is that friend you had in high school that just as you were about to beat him in Madden he'd turn the game off and leave. Then he'd even dare to say something like he's never been beat and do it all with a straight face.

I have my doubts about the MLB's investigation. But with how the Astros and their owner have been acting, I really want the league to drop the hammer on this team and give them the strongest punishment in league history. I hope it's so tough that I'd write a column titled "Did the MLB come down too hard on the Astros?"

To put it politely, the NFL refs this season have been terrible. I've made this point before but when the TV network officiating gurus are like, "I don't know how they were able to call that," that's a tell. Those former officials are a tight-knight brotherhood and they cover for one another, just like Mike Pereira did on that second awful tripping call in the Pats-'Boys game. (If the mics weren't live, I swear Troy Aikman would have cursed Pereira out there on the spot)

As odd as some of the calls have been this year, the most frustrating thing about the refs has been the spotting of the ball. In a league that makes as much money as the GDP of a small European nation, the best they can do at spotting the ball is having an official run from behind the play and put their foot at where they think the ball was.

In that same Pats-'Boys game, the Pats punter had a bad kick that went out of bounds and the official, who was about 30 yards away, took a stab at where he thought the ball went out. There was no confidence to his spot either, every five yards he went about you could almost see him think "No, it wasn't here. Let me go another five yards."

I feel bad for putting that official on the spot because really this is on the cheap NFL owners. The officials already have to deal with keeping some of the best athletes in the world in check, why not help them out and develop a better way of spotting the ball.

If the Houston Astros can use cameras to steal signs and tip-off their hitters in a matter of seconds, the NFL can figure out how to better spot the ball. They're perfectly capable of doing this because, again, it's not like they're hurting for money.

The quickest fix is to tell the owners if they develop the tech for this, they could patent it and sell.

No. 5 Cleveland Browns (distance from fourth, Worland to Thermopolis)

Being only a game back from the final AFC wildcard spot should be a cause for celebration. But this is the Browns we're talking about and no one knows that better than Cleveland fans.

No. 4 Chicago Bears (distance from third, Worland to Shoshoni)

Hey they got a win but Mitch still didn't look great and almost gave another game away.

No. 3 Jacksonville Jaguars (distance from second, Worland to the Panama Canal)

No! How did this happen??

No. 2 New York Jets (distance from first, Worland to the furthest edge of the Andromeda Galaxy)

Washington Redskins owner Dan Snyder looks down from his desk as an excited interim head coach Bill Callahan comes running into his office.

"Dan, you know how our fans are miserable?" said Callahan.

"Of course, wouldn't have it any other way." said a giddy Snyder.

"This season is lost but they're starting to get happy about the prospects of getting a top-3 pick in the draft, which would increase our chances of landing the best players like Joe Burrow, Chase Young or Andrew Thomas. So it's like they're rooting for us to lose. So to make the fans even more miserable I think we should win a game. That way it gets us out of the top 3 and we can get away from those can't-miss-prospects."

Snyder climbs down from his desk, drags a peach box in front of Callahan, stands on it and looks intently into Callahan's eyes.

"Son, if you pull this off, I'm going to remove that interim tag and make you this franchise's full-time head coach. I'll start drawing up the papers for your 12-year, $130 million contract as an incentive."

And that is how Washington fans not only missed out on franchise players like Burrow and Young but how they were stuck with Bill Callahan.