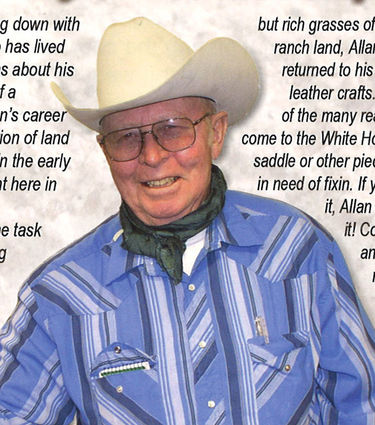 Born August 20, 1941 in Worland, Wyoming, he was one of four children of Thomas and Edna (Rankine) Baird.

In 1964 he married Pat McGarvin in Golden, Colorado. The couple raised four daughters. They ranched on Gooseberry and Cottonwood Creeks for over 60 years. Pat died in 2004.

Allan was a 4-H leader and served on the South Thermopolis Water Board. He enjoyed leatherwork, reading and Sudoku.

Funeral services will be Monday, January 6, 2020, 11:00 am at the First Baptist Church with Dick Wortham of Douglas, WY officiating. Burial will follow at Riverside Cemetery

Mortimore Funeral Home is assisting the family and messages may be offered at http://www.mortfh.com.