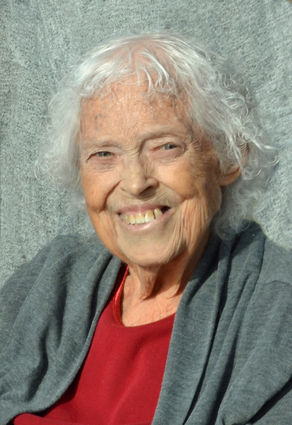 Nettie was born December 21, 1941 in Lewistown, Montana, to Henry A. and F. Cecil (Fairbairn) Woods. Nettie was the oldest of their twelve children. During her childhood, her family moved to Arkansas where they lived for several years before returning to Lewistown.

In 1960, Nettie met the love of her life, Larry Egbert. They were married September 2, 1960. To this union four children were born, each in a different state as Larry's work allowed them to travel all over the United States. Nettie loved being a stay-at-home mother raising her children.

In 1970, Larry moved his family to Ten Sleep, where the family lived for the next 23 years. While there, Nettie babysat and also managed the Flagstaff Motel. In 1979, she received her GED. In 1993, Larry and Nettie moved to Worland to be closer to their grandchildren.

Nettie enjoyed sewing, crocheting, cross stitch, playing Bingo, going for coffee and being a great grandmother (G.G.). She was a member of the Eagles Auxiliary for 26 years.

She was preceded in death by husband, Larry, son Phillip, son-in-law Daniel Uttech, parents and one brother, William.

Memorial services will be held 10:00 am, January 18, 2020 at the Church of Jesus Christ of Latter-day Saints. Inurnment will be held 2:00 pm at the Ten Sleep Cemetery. Memorial donations may be made to the Worland Senior Center or the Eagles Auxiliary Post 3096 and sent to PO Box 524, Worland, WY 82401. Online condolences may be made at http://www.bryantfuneralhomeonline.com.