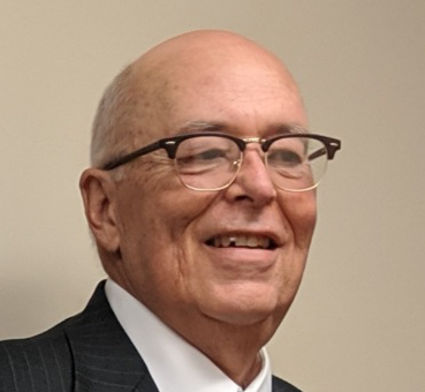 Kevin Mark Cannon, age 69, died at home on January 23, 2020 after succumbing to mesothelioma. He was surrounded by his wife and all seven of his crazy kids.

Kevin was born on September 29, in 1950, as the sixth of seven children to parents Maurice and Ora (Wallwork) Cannon in what is now the Washakie County Library. There in the nursery, only seven days later, he first came into contact with his future "Babe" Devin (Rillahan) Cannon, whom he married in 1969.

Kevin spent his entire life in Worland with the exception of being deployed to Germany while serving in the United States Army. He loved Wyoming and enjoyed spending time in the outdoors, hunting, fishing, and camping with his family.

Kevin spent 5 years as a Worland police officer, followed by 9 years working as a driver and dispatcher for Haliburton. In 1987 he became the business manager at the Wyoming Boys' School where he worked for the next 30 years.

Kevin enjoyed fostering unique relationships with each of his children and grandchildren based on their individual interests and many inside jokes. He was the ringleader of the family group text and loved providing commentary on everyone's activities. He was thrilled to be the champion of the family Fantasy Football League this year.

His love for his family was second only to his love for the Savior. His strong faith in God and membership in the Church of Jesus Christ of Latter-day Saints was a source of strength and comfort for him and his family throughout his life and especially as his mortal life was coming to an end.

Kevin was preceded in death by his parents and two brothers, Terry and Kent Cannon.

Funeral services were held Tuesday, January 28, 2020 at the Church of Jesus Christ of Latter-day Saints with Bishop Charlie Wassum officiating. Burial followed at Riverview Memorial Gardens Cemetery. Memorial donations may be made to the Ronald McDonald House Billings and sent to PO Box 524, Worland, WY 82401. Online condolences may be made at http://www.bryantfuneralhomeonline.com.