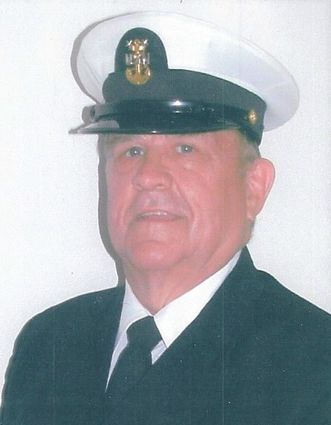 Longtime Worland resident, Darrell Clark Schneider, 78, went to be with his Lord and Savior on February 7, 2020 at the Yuma Regional Medical Center in Yuma, AZ while surrounded by his family.

Darrell was born in Worland, Wyoming on May 14, 1941, a son of Jacob Thomas & Alice Mills Schneider. Darrell went to Worland High School where he lettered in football and helped tutor students in Mathematics.

Following high school graduation in 1959, Darrell attended Casper College for one year before enlisting in the U.S. Navy. Darrell made a career for 27 years in nuclear submarines where he was a Machinist Mate, working up to the rank of Master Chief for nine years before his discharge in 1990. While serving on the submarines, his crews were grateful for his baking skills as he made them sweet rolls and cabbage burgers in addition to his regular machinist duties of keeping the boats in running order. He had also done a tour as an instructor at the Groton Connecticut Navel Base in additional to being stationed in San Diego, California most of his career.

Darrell was married to Jeanette Johnson in Basin, Wyoming, later divorcing. He was then married to Jeannette "Jeannie" McGarvin in Worland on October 6, 2001. Darrell and Jeannie enjoyed traveling in their motorhome and snow-birding for many years in Yuma, Arizona.

After his naval discharge, he lived in San Diego where he was a distributor for the Wall Street Journal. He was shot and wounded while delivering the newspapers, carrying the bullet slug the rest of his life. He then moved back to Worland in 1998.

While living back in Worland, Darrell enjoyed lapidary work on semi-precious stones and then setting them into gold and silver settings to make memorable jewelry. He was also a member of the Worland Garden Club.

Darrell was a devout Christian, belonging to Zion Evangelical Lutheran Church were he served on the consistory as the financial secretary and was a member of the church choir. Darrell was also active at Yuma Mountain View Bible Church.

He was preceded in death by his parents and his brother, Dr. Gene Schneider. Darrell is survived by his wife Jeannie of Worland, WY; by his son Kevin C. Schneider- Sweeney of Los Angeles, CA and his daughters Holly Ireland of Cardiff, Wales, UK and Jacque (Steve) O'Hollearn of San Diego, CA; and by two grandchildren Morgan and Miles Ireland. He is also survived by his sisters Mary Ann Agee of Dallas, OR and Kathleen (Roger) Bickel of Yuma, AZ.

The funeral service for Darrell will be held on Monday, February 17th, 11am at Zion Evangelical Lutheran Church in Worland with viewing starting at 9am. Burial will follow in Riverview Memorial Gardens Cemetery in Worland.

Memorials in his name may be made to building fund of Mountain View Bible Church- 12803 East 40th Street -Yuma, AZ 85367, to the Yellowstone Boys and Girls Ranch Foundation- 2050 Overland Avenue -Billings, MT 59102 or Zion Lutheran Church. Funeral Arrangements have been entrusted to Veile Mortuary.