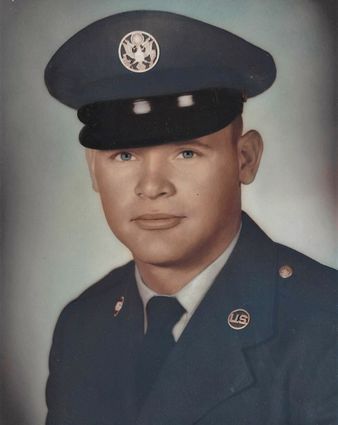 Val Jean Crumley, or VJ, as he was known by many family and friends passed away December 6th 2019 in Worland, WY at the age of 83. He was with family and went peacefully in his sleep.

Our father was born August 9, 1936 in Fort Morgan, CO to Lyndell Hartzell & Faith Adelle (Nanny) Crumley (preceded him in death). After graduating from Fort Morgan High School in 1955 he enlisted in the Air Force in 1958 as an explosive operator. He was honorably discharged in 1963. Val continued his journey to the University of Northern Colorado where he received his teaching degree. He taught in Chugwater, WY and Cheyenne, WY. He was a real renaissance man when it came to work.

Val was a member of many organizations in Cheyenne and Worland. He was one of the leading coaches and organizers for Special Olympics in Wyoming and also a 4th degree Knight in the Knights of Columbus. He and Jo were part of St. Mary Magdalen Church in Worland. He enjoyed being a part of the Eagles, The American Legion and the Senior Center in Worland. He also loved having coffee with his buddies in the morning, you guys know who you are and thank you for your friendship to our dad.

His time with us here on earth was spent watching football, he was a diehard BRONCOS!! fan. Taking road trips, he called himself The Goose when we would drive with him. He was also known to do a little horse training and racing. He enjoyed and loved gathering research on our family tree and country dancing. He also enjoyed a good patty melt and cold beer. Did I mention orange bronco socks?

A celebration of Val's life with military honors will be held Saturday, February 15, 2019 at 10am at the American Legion, 119 S. 7th St, Worland, WY. A lunch for family and friends will follow the celebration at the Fraternal Order Eagles, 701 S. Railway Ave, Worland, WY. In lieu of flowers, memorial donations may be made to the Worland Senior Center c/o Veile Mortuary, P.O. Box 730, Worland, WY 82401.