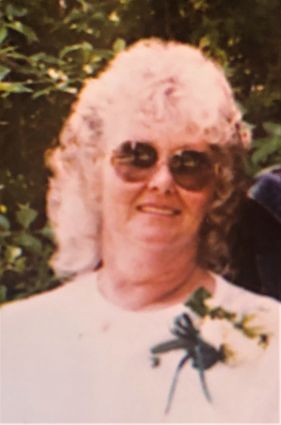 Maryanna Wheeler, age 76, of Basin, Wyoming, passed away Tuesday evening, February 4, 2020, at Spirit Mountain Hospice House, in Cody, Wyoming, surrounded by her family. Maryanna was born February 28, 1944, in Sheridan, Wyoming, the daughter of Marietta Cochran and Cecil A. Brotherson, Maryanna was raised in Wyola, Montana, until 1953, when at the age of 9, her family moved to Greybull, Wyoming, where she continued her grade school and high school education.

Maryanna married Richard Allen Wheeler, Sr. on March 12, 1965, in Greybull, Wyoming. To this union they had three children, Camie, Jamie, and Richard, Jr. She worked as a waitress and cook various times throughout her life and as a bartender, when her husband and her, owned the Stockman's Bar in Basin.

Maryanna loved spending time with her family and became a second mother to some of her grandchildren, as well as many others. She did not know a stranger and welcomed everyone with open arms. She truly adored her grandchildren and great grandchildren as they were such a huge part of her life. She shared a great passion with her great granddaughter Paisley, for the love of horses and collecting anything horse with her.

One of her greatest joys were her animals. She had quite the menagerie of horses, cows, goats, chickens, dogs and cats. She would never pass up an animal in need and would gladly take them in and give them a home.

She enjoyed just being in the great outdoors, and along with that came her passion of gardening. She enjoyed the fruit of her labor with canning and sharing her canned goods with all of her friends and family. During the holidays Maryanna was known for all of her baked goodies that she loved to share with everyone. In her earlier days you could find her training her horse for endurance rides. She participated in the 50 and 100 mile endurance competitions up on the Big Horn Mountains and if she wasn't competing, she was right there offering a hand. She, along with her husband, were Cub Scout leaders, 4-H leaders and coached a little league baseball team that their son, Rick, was on.

Maryanna's greatest hobby was going to yard sales and auctions. She was not known to ever leave empty handed. To her, there were always many treasures to be found. Her new found interest was her Iphone and having access to Facebook, where she was able to reconnect with distant family and friends from her earlier days as a child. She also recently was getting into her ancestry and in the process of finding out her family history and building her family tree. Maryanna was a member of the Eagles Aerie #3086 in Basin.

A Memorial Service will be held 11:00 a.m., Saturday, February 22, 2020 at the Atwood Family Chapel in Greybull. Pastor Aaron Gesch of the First Baptist Church will officiate. A lunch reception will follow at the Elks Club. Memorial donations may be made in Maryanna's name to the New Hope Humane Society, 700 15 Mile Road, Worland, Wyoming 82410, or 3 Dog Rescue, 228 Spirit Mountain, Cody, Wyoming 82414. Arrangements have been entrusted to Atwood Family Funeral Directors.