Karla's Kolumn: What were they thinking? 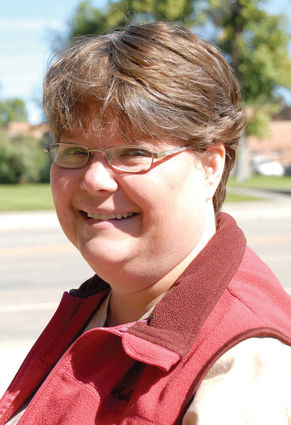 We learn new things every day and yet there are things that will remain a mystery.

Most of those mysteries come in trying to figure out the human nature, it's those "what were they thinking moments." This week I have two such moments to discuss.

First, Monday night the NASCAR nation, racing fans, sports fans and others scoured Twitter and social media waiting on word of driver Ryan Newman's condition. In watching the crash as Newman's car flipped, struck the wall, was struck by another car and then skidded across the finish line on its top engulfed in flames, NASCAR fans remembered the death of Dale Earnhardt 19 years ago at the exact same speedway and IndyCar racing fans remembered Dan Weldon's crash at the Las Vegas speedway. Monday night's crash looked just as horrific and just as deadly. Fortunately, this time, Newman, for non-racing fans, was listed Monday night in serious condition with injuries that are not life threatening.

As I scrolled through my Twitter feed reading comments and well wishes to Newman I came across a few tweets telling people this was not the time or place for political tweets. I wondered what that was about. As I continued to scroll I found that Newman had apparently endorsed President Donald J. Trump and a few Trump haters had tweeted Newman essentially got what he deserved – even if it meant death.

Really?! What goes on in the minds of these people that they would think something like that, much less actually tweet it out for people to see what they were thinking. These people should have remembered Proverbs 17:28, "Even a fool, when he keeps silent, is considered wise; When he closes his lips, he is considered prudent. (NASB)" Perhaps they should have kept their fingers off their phones.

Sadly this is not the first time, nor will it be the last when people link tragedy to politics or other non-determining factors. After Hurricane Harvey hit Houston, Texas, in 2017, a Florida professor, among others, said Texas got what they deserved for supporting Trump in the 2016 election.

Again, what are they thinking, or were they even thinking.

Tragedy is not the place for politics. Tragedies do not exist because of what someone believes or doesn't believe or who they voted for. People need to come together to support one another and to help one another during tragic or sad times; there should be no celebration in those tragedies.

Are people's reactions different than in the past? Perhaps not. Today, however, with social media the bizarre way of thinking by some that people "deserve" the tragedies in their life because of who they support or who they voted for in the last election comes front and center. They don't just mention it to a family member or friend but they tweet it or post it for the world to see and to ask "what were they thinking?"

Second, do Wyoming legislators specifically find obscure names for bills so citizens do not know what they are up to.

Case in point, last week in researching the legislative story and editorial I erroneously wrote that the lodging tax had not been filed. The statewide 5% lodging tax had indeed been filed and now has passed third reading in the House. My mistake was doing a cursory search of the names of the hundreds of bills filed at wyoleg.gov for the word "lodging" or "tax."

The search on the website only searched for the title. The lodging tax is House Bill 134, and is titled Wyoming Tourism Accounting Funding." I get the name refers to the fact that the tax will go into a state tourism fund, but why not title it the Wyoming Tourism Lodging Tax? Why not call it what it is?

Last year, similar legislation was named simply Lodging Tax. This year were they thinking with a new obscure name it would have more success?

House Bill 147 that would have created a state income tax (it failed introduction) was aptly named the Wyoming Income Tax Act. There's no question what that bill is and does.

Whether or not the person or persons who titled the lodging tax bill meant to try and deceive the citizens of Wyoming there is the perception that perhaps they were trying to "slip one by" Wyoming's citizens. They could pass the Wyoming Tourism Accounting Funding and no one would be the wiser that their taxes were just increased.

Government and those who govern need to be transparent with their actions but also their words, yes even the words on bill titles so we don't have to ask "What were they thinking?"