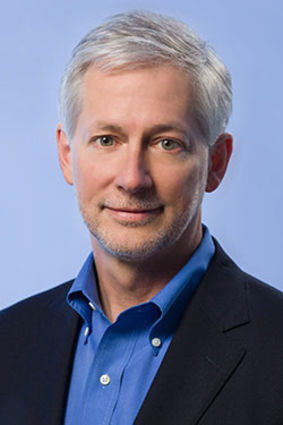 A distinguished scholar who has led academic, research and innovation programs at multiple universities has been named the 28th president of the University of Wyoming.

Edward Seidel, currently the vice president for economic development and innovation for the University of Illinois System, was offered a contract by a unanimous vote of the UW Board of Trustees today (Wednesday) and has accepted the position. He will take office in July.

"I am honored and thrilled to be selected by the Board of Trustees to take on this important role for both the university and the state of Wyoming," Seidel says. "UW is such an incredibly strong and vibrant institution, and it will have an enormous impact on the future of the state and region. Gabrielle and I are excited to be joining the university and community."

The terms of Seidel's contract are still being finalized, but it will be a three-year contract with an annual base salary of $365,000, a $60,000 housing allowance and a $50,000 contribution to a deferred compensation plan.

"We are excited to welcome Dr. Seidel and are confident that he will provide strong leadership for our state's university," Board of Trustees Chairman Dave True says. "We express appreciation to those who participated in the presidential search process, which resulted in a field of strong candidates and allowed us to make an outstanding choice for the university's new leader."

In his current post in Illinois, Seidel has overseen economic development and innovation activities that build on the University of Illinois System's education and research capacity. As a member of the university's senior leadership team, he has built and supported programs that engage university, public and private partners -- strengthening the links among higher education, research and business to stimulate economic development across the state. He oversees the system's commercialization pipeline, including the Offices of Technology Management at the Universities of Illinois at Urbana-Champaign and Chicago, and the early-stage technology investment firm Illinois Ventures, which has catalyzed over $1.7 billion in venture funding for companies.

Seidel's long record of leadership experience includes more than three years as director of the National Center for Supercomputing Applications at the University of Illinois at Urbana-Champaign, where he was among the original co-principal investigators for Blue Waters, a federally funded project that brought one of the world's most powerful supercomputers to Urbana-Champaign.

Previously, he was the senior vice president for research and innovation for the Skolkovo Institute of Science and Technology in Moscow, Russia, in collaboration with the Massachusetts Institute of Technology. Before that, he directed the Office of Cyberinfrastructure and led the Directorate of Mathematical and Physical Sciences as National Science Foundation assistant director. He also led the Center for Computation & Technology at Louisiana State University and directed the numerical relativity group at the Max Planck Institute for Gravitational Physics (Albert Einstein Institute) in Germany.

"I have had the good fortune in my career to be in positions that have enabled me both to develop the education and research capacity of great institutions, like UW, and to harness their strengths to advance the economic well-being of the regions they serve," Seidel says. "I see UW as the centerpiece of an 'all-of-state' effort to diversify and grow Wyoming's economy."

Seidel says he looks forward to traveling around Wyoming to become more familiar with its people and issues facing the state. His top priorities include building on the portfolio of excellence in education and scholarship already at UW, and deepening partnerships with communities, schools, community colleges and companies to enhance student-centered programs and educational pipelines that grow UW's enrollment and strengthen the state's workforce for the 21st century economy.

A fellow of the American Physical Society and of the American Association for the Advancement of Science, he has earned a number of awards, including the 2006 IEEE Computer Society's Sidney Fernbach Award; the Association for Computing Machinery's 2001 Gordon Bell prize; the 1998 Heinz Billing Prize of the Max Planck Society for his work in research; and the 2018 Business Leadership Award of the America-Israel Chamber of Commerce for work in economic development.

Seidel and his partner, Gabrielle Allen -- who is associate dean for research in the College of Education, professor in the Departments of Astronomy and Curriculum and Instruction, and research professor in the Department of Computer Science at the University of Illinois at Urbana-Champaign -- both look forward to joining the UW community. Seidel grew up in North Carolina, Pennsylvania and Connecticut, while Allen hails from Barking, England.

The trustees' vote completed a process that began in July, when a 16-member committee was appointed to lead the search for UW's next president. That committee was composed of UW trustees, faculty, staff and students, along with a former governor; an alumnus who's a recently retired corporate CEO; a former state auditor and current electrical utility executive; and a former UW student body president who works in the oil and gas industry.

After conducting three listening sessions, the committee worked with a consulting firm to solicit candidates for the presidency, and more than 60 people applied. The committee conducted video interviews of about 10 candidates and forwarded a list of six semifinalists to the Board of Trustees last month. After interviewing the semifinalists Feb. 12-13, the board publicly identified Seidel and two other finalists and brought them to campus for public forums last week.

Each forum on the main campus attracted 40-50 faculty members and 50-75 staff members, and forums conducted at UW-Casper were attended by about 24 people each. The forums were streamed via UW's WyoCast system, and the live and on-demand views totaled 2,404. The trustees solicited input on each finalist, and a total of 376 evaluations were submitted online.

The leaders of UW's faculty, staff and student senates participated in the interviews and Board of Trustees discussions, and they have praise for the process used to select the new president.

"One of the finalists told the trustees that 'The process used for this search was impeccable.' I agree," says Faculty Senate Chair Ken Chestek. "Parker Executive Search did a fantastic job of recruiting a strong field of applicants. Substantial input from many faculty members on the search committee then helped produce a list of six strong candidates to send forward to the trustees; at no time was the search committee under any pressure to move in any particular direction.

"The public presentations by the three finalists allowed for additional important input from the entire faculty. The trustees received and, I believe, carefully considered all of that input in making their final selection," Chestek adds. "I am confident that the trustees' selection will be welcomed to campus by all faculty, because the process has been fair and open to faculty input."

"The Board of Trustees did a great job of including many constituents on the presidential search committee, offering varying perspectives that are representative of our state and its interests and future," Staff Senate President James Wheeler says. "The committee sorted through an impressive number of qualified applicants and passed along six strong candidates. At every step of the process, the board sought out feedback from faculty, staff and community stakeholders."

"I appreciate how strong the process has been and how helpful Parker Executive was," Associated Students of UW President Jason Wilkins says. "I'm sure that this process and the input from faculty, staff and students informed the trustees' decision."