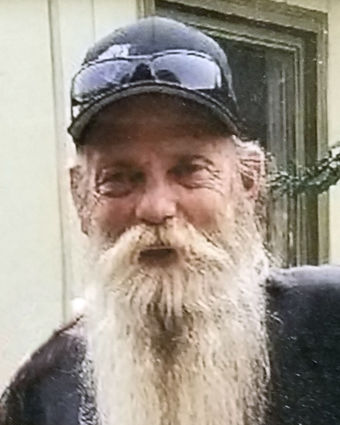 Randy was born in Worland, Wyoming on September 1, 1949, the third of ten children born to Dallas Carl and Irene Loretta (Schaff) Isbell. After graduating from Worland High School in 1967, he enlisted in the US Navy, serving in the Vietnam Conflict. Before he left for tour, he married Mary Lou Smith. There was one son born to this union, Ted (Theodore) Isbell. The couple later divorced.

Upon his return stateside, Randy was changed by what happened in Vietnam. He relocated to Casper where he owned and operated Indian Ice. After a time living in California, he moved near Missoula, Montana where he worked for JTL Construction. He continued working construction in western Montana while living near Huson, where he built his dream home. He later moved to Huntley, where he resided until the time of his death.

Randy was an active member in the Vietnam Veterans Motorcycle Club. His Harley-Davidson and he traveled many miles together. This is where Randy found freedom with the wind in his face and the sun on his back. He also enjoyed fishing and hunting and was an avid poker player, playing in tournaments as often as he could. He once played in a World Series of Poker Tournament in Vegas.

Randy was rough and gruff on the outside, but when you got to know him, he let you see through that tough exterior. Make no mistake, you always knew where you stood with him, and if a friend needed a helping hand, he was first in line to assist.

He was preceded in death by his parents; brother, Pat Isbell; and niece, Sara Jean Snider.

Randy's family would like to thank the staff at St. Vincent's in Billings, the nurses from Compassus Hospice care and, especially, Theresa Kinney for providing comfort and care over the final chapter of his life.

Funeral services will be held at 1:00 p.m. on Saturday, March 7, 2020 at the Bryant Funeral Home Chapel in Worland. Burial will follow at Riverview Memorial Gardens Cemetery with Military Honors provided by the American Legion Post #44 and the United States Navy. Visitation for family and friends will be held one hour prior to services. Memorial donations may be made to Special Olympics (in Memo line please put Washakie County) and sent to PO Box 524, Worland, WY 82401. Online condolences may be made at http://www.bryantfuneralhomeonline.com.