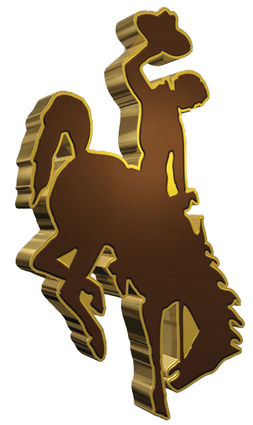 p.m. (MT) against No. 2 Utah State in the Thomas & Mack Center in Las Vegas. The semifinal matchup will be on CBS Sports Network with Rich Waltz on play-by-play

and Dan Dickau on color.

Fans can watch and listen to the contest as well as follow stats on GoWyo.com. The contest will be broadcast live on radio over the 26 affiliate stations of the Cowboy

Sports Network, as Dave Walsh will have the call with Kevin McKinney on color.

A Look at the Matchup

Wyoming enters the semifinals of the Mountain West tournament with a 9-23 overall record after going 2-16 in the league. The Cowboys defeated No. 3 seeded Nevada,

Wyoming is averaging 11.0 made threes per game over the last four contests.

The Aggies enter the matchup with a 24-8 record after defeating the New Mexico Lobos in the quarterfinals by a final score of 75-70. Utah State has won seven of its last

eight games and is the defending Mountain West tournament champion. Utah State led the league in the regular season in rebounding, with an average margin of +9.59.

The Aggies were third in scoring, averaging 76.63 points per game, while only allowing 63.78 points per contest to rank second in the league. Utah State also led the

The Cowboys are led in scoring by redshirt sophomore Hunter Maldonado, who a leads the team in scoring at 15.9 points per game, rebounding at 5.7 boards and assists

at 4.0 dimes per game. Senior Jake Hendricks scores 10.4 points per game and has made a team-high 88 three-point field goals. That total is fourth-most in a single season

in Cowboy history. Freshman Kwane Marble II averages 8.0 points per game, but is averaging 22.0 points per game in the Mountain West tournament. Defensively, Maldonado leads the Pokes with 17 blocks and 40 steals.

Utah State is led by Sam Merrill, who averages 19.2 points per game, good for second in the conference. He leads Utah State with 3.9 assists per game and pulls down 4.1

game. Diogo Brito puts up 8.7 points per game while collecting 4.6 rebounds per contest. Defensively, Queta leads the Aggies with 30 blocks, while Bean has a team-high

The Cowboys lead the all-time series against Utah State, 51-31, and are 3-2 against the Aggies on a neutral site. Utah State took both matchups this season.

The winner of the game will play in the championship game, looking for the conference's automatic bid to the NCAA Tourname