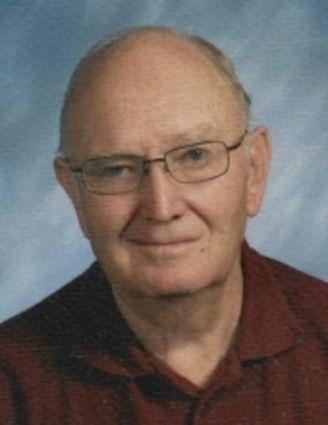 Alfred Eugene Hillberry passed away at this home in Santa Maria, California March 2, 2020. Alfred was born March 6, 1926 in Worland Wyoming to George W. Hillberry Jr. and Leora Hillberry. He grew up on the family ranch on Gooseberry Creek.

He attended Worland schools graduating from Washakie County High School with the class of 1944. Following graduation he enrolled in the U.S. Navy and served two years.

He graduated from the University of Colorado with a degree in physical education and taught school and coached in Gering, Nebraska and Rifle, Colorado. Al met the love of his life in Rifle, Mary Isabel Hoffmeister, and they were married. His basketball teams did very well, and he taught all levels of high school math. He later returned the University of Colorado and received a masters degree in math. After graduation he worked as an accountant while living in Thorton, Colorado. The family then moved to Santa Maria, California and he went to work for the Martin-Marrita Company at Vandenburg Air Force base. He taught himself to program computers at the dawn of the computer age, and combined with his accounting background, was a very valuable asset to any division he worked in. He was transferred to Minneapolis, Minnesota for 5 years to help set up computer systems, after which he returned to Santa Maria to finish his career.

He married Mary Hoffmister of Imperial, Nebraska on November 23, 1952. They were very proud of their two children, Steven Max, and David Lynn. Steven became a dentist in Montana, and David a civil engineer in California. Al really enjoyed golfing, playing bridge, and spending time with his family, especially his grandchildren.

He was preceded in death by his wife Mary, and parents George and Leora Hillberry.