State orders close public spaces and some businesses; gatherings limited to under 10 persons 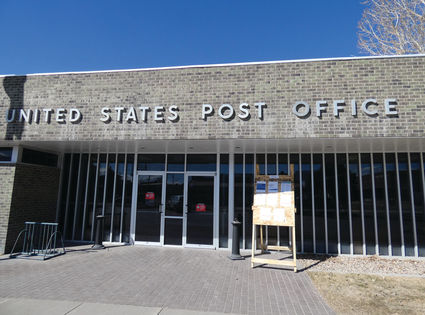 "This Governor has never been inclined to overstep local authority, but these are unprecedented times. It is critical that there is uniformity across the state in how social distancing measures are implemented," Governor Mark Gordon said.

"Wyoming, like all Americans, must commit to reducing the strain on our health care system. These are hard measures and they will be difficult for employees and businesses alike, but they are warranted."

A nationwide shortage of testing supplies is impacting Wyoming, like all states. Social distancing measures (maintaining six-feet of distance) are the most effective means of slowing the spread of COVID-19, according to Harrist.

While most individuals will likely not experience serious illness related to COVID-19, older residents and people with certain health conditions put them at higher risk of developing a serious or life-threatening illness.

Many of the public spaces that were noted in the order had already closed including Washakie Museum and Cultural Center and the Worland Community Center and Complex.

The Worland Health Club, Chopper Crossfit and Washakie Twin Cinemas were among businesses that shut down temporarily after the closure order was issued.

Hurricane Lanes is closed to the public.

Local restaurants and bars have been able to accommodate customers needs with drive-thru or curbside delivery options in Worland and Ten Sleep. Hours have also been adjusted for most of these businesses.

The Worland and Ten Sleep Senior Centers closed to the public as well under the order. Ten Sleep is offering home-delivery and Worland is offering pick-up or home delivery.

A supplemental order was issued on Friday, March 20, prohibiting gatherings of 10 people or more in a single room or confined space. The order also offers several exemptions.

"It is an absolute fact that social distancing slows the growth of coronavirus disease," Governor Gordon said. "I very much appreciate the willingness of our state's residents to comply with this action. Particularly because it is now becoming clear that young adults 18-50 are also at risk of being hospitalized from COVID-19."

The prohibition does not apply to gatherings at private residences, hotels and motels for lodging purposes, government facilities and businesses, grocery stores and retail or business establishments that can provide adequate social distance spacing of six feet or more. Healthcare facilities are also exempt, as are long-term care and assisted living facilities that are complying with Wyoming Department of Health and Centers for Disease Control directives.

Harrist said, "People of any age can spread this disease to others who are especially vulnerable to more serious or life-threatening illness. We've recommended limits on gatherings; this order is an official step to put those recommendations into action. Slowing and limiting the spread of disease is our goal."

Governor Mark Gordon said in a press conference Monday that the number of tests, 739 as of Tuesday, was not an accurate indicator of how widespread the disease was in Wyoming, noting they do not have the capacity to test everyone.

He said the disease is considered community spread, which, according to the Centers for Disease Control and Prevention "means people have been infected with the virus in an area, including some who are not sure how or where they became infected."

He said that the disease will not have run its course by the time the order ends. "This is going to impact life in Wyoming for a long time, but the actions we take now will make a difference."

Harrist said in Monday's press conference that people should stay home through April 3 if they can but if they do venture out it is important to maintain the six feet of social distancing.

Gordon said if people abide by the orders, it will help slow the spread of the illness and perhaps prevent the need for a "shelter in place" order such as those seen in other states, where residents have been ordered not to leave their homes.

"At this point, we do not believe a shelter in place order is necessary," he said. "What we're trying to do is to find a balance that respects private property rights, personal liberties and prudent health standards. We can hopefully look to Wyoming being a bellwether state that leads the nation in not having to proceed with shelter in place. But that can only come with citizens stepping up and doing their part with social distancing, maintaining good hygiene and doing their best to meet these orders."

Both orders resulted in the Washakie County Republican Party postponing the annual Lincoln Day Dinner, where State Treasurer Curt Meier had originally been scheduled to speak. No new date has been set.

They have also moved the county Convention to an online and teleconference meeting on Tuesday, March 31 at 7:01 p.m. Any citizen may join the meeting and request a convention e-packet by sending an email request to Beth Bates at [email protected]

In a change from early last week, the Wyoming Democratic Party canceled all drop-off ballot locations for the presidential caucus and moved to mail-in only.

Voters who registered between March 11 and March 20, 2020 will automatically be sent a ballot in the mail, at the mailing address reflected on their voter registration. All voters must have been registered as Wyoming Democrats by March 20 to receive a ballot and participate in the caucus.

Two rounds of ballots were previously mailed; voters who previously received ballots but are unable to use or locate them can request a new ballot no later than March 31, 2020 via the form linked at http://www.wyodems.org/2020caucus

Returned ballots must be received via mail by WDP no later than April 17, 2020.

The municipal election in Ten Sleep is still set for May 5.