New hospital board member ready to get to work 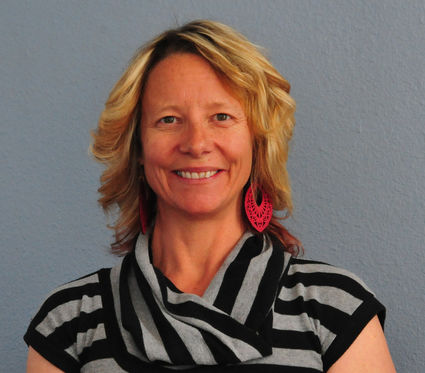 WORLAND - Washakie County Hospital Board's newest member Bryony Volin hopes to get another opportunity to participate in a board meeting soon.

Volin was appointed in February by the Washakie County commissioners and attended her first meeting on Feb. 25. The March meeting was canceled due novel coronavirus 2019 and adhering to the no gatherings of 10 or more people by the governor.

There has been no decision on the April meeting, scheduled for April 28. Many governmental meetings have been held via teleconference or webinar software program.

Volin said hospital board member Marlene Bower reached out to her about the vacancy and she told Volin she thought she would be a great addition. "I was humbled and flattered. I knew right away it would be a great decision," she said.

"My heart and soul, a lot of it belongs to Washakie Medical Center. They are big reason I'm a nurse. They paid for my schooling. It's amazing how things fell into place," she said.

She was working as a transcriptionist for Banner Health WMC in 2002. Northwest College offered a nursing program for six students who would have their schooling paid for by WMC if they agreed to work for WMC for a certain period of time.

She left WMC in 2015, and is working for Admiral Beverage as the nurse manager in the medical facility.

As for working on the board. "It's still all pretty much brand new. It's going to be a learn as I go experience," Volin said.

She said she is the only member on the board with some medical background so she can help "translate" some of the medical language used by presenters at the board meeting.