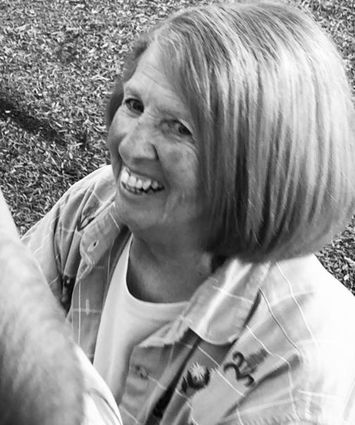 On the beautiful spring day of April 27th, 2020, with much grace and dignity, 75-year-old Worland resident, Carolyn Ann Locke, passed away peacefully in her home surrounded by her children.

Carol was born on April 20th, 1945 in Denver, CO to Chester Alvetta and Viola May (Petzoldt) Brewer. She grew up in the Denver area, graduating from Cherry Creek High School in 1963. She married Dickie Lee Fields on November 4th, 1964 and had two children, Jeffery Troy Fields and Kendra Lee Fields. She later married Max Edward Locke on March 1st, 1974 and had a son, Brian Edward Locke. The family relocated to Worland in 1975. After being married nearly 20 years, she divorced and remained unmarried. Her devotion to her family and their lives, remained unparalleled.

Carol enjoyed people and touched many lives in her little community while working at multiple establishments including Antone's Supper Club, The Office Lounge, Little Chief, The Worland Country Club, KCS, The Elks Lodge of Worland, and MBA of Wyoming.

Carol LOVED being outdoors! She enjoyed gardening, photography and fishing. She was an amateur photographer and a member of the local photography club for several years. Her award-winning photos at the local county fair reflect her passion for nature and will be cherished memories for generations to come.

Carol had quite the "green thumb". Her dedication to gardening included nurturing 3rd generation plants, growing beautiful flowers and vegetables, and maintaining a lawn to be envied. Her hard work was recognized and rewarded by receiving the "Garden of the Month" award, which she treasured dearly.

For the past four years, Carol has spent much of her time with her beloved grandson, Sawyer Jameson. Their adventures together brought her joy and peace in her heart. They enjoyed long walks hunting rocks, 'fishing" in puddles, and many hours of playing and laughter.

Carol was a hardworking and fiercely independent woman. She was very loving and giving and was always willing to put the needs of others before her own. If there was something that needed done, she took it upon herself to complete the task with no hesitation.

She was preceded in death by her parents; brothers, Robert and Donald Brewer; sister, Barbara Garner; and grandson, Jeremiah Fields.

Cremation has taken place. There will be no formal services at this time. Memorial donations may be made to the Worland Garden Club and sent to PO Box 524, Worland, WY 82401. Cards or correspondence may also be sent to the family at the same address. Online condolences may be made at http://www.bryantfuneralhomeonline.com.