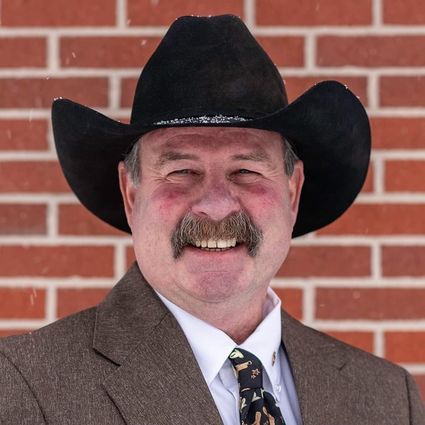 Gerald "Jerry" David Moberly, loving father and grandfather, passed away on April 28, 2020 at the age of 61.

Jerry was born on February 5, 1959 in Greybull, Wyoming to Harry and Donna (Bruce) Moberly. He graduated from Worland High School in 1978. On October 6, 1979 he married Martha Wolfrum. Together they had three daughters and a son.

Jerry was a hard worker who began his career with Moberly Asphalt, later working for Washakie Oil Company before opening Frontier Photo Express during the '80s. He then worked at Crown Cork & Seal before transitioning to a role as property manager at WERCS in Cheyenne.

Jerry's true passion was the work he did for Cheyenne Frontier Days (CFD), devoting many years to the event first as a volunteer, then a member of the HEELS committee and most recently was named Grounds Chairman for CFD.

Jerry was a gentle soul who always had a smile on his face and was the first to lend a hand. He will be greatly missed!

Jerry was preceded in death by his son Asa, and his father, Harry. He is survived by his mother Donna, daughters Paige (Tsivell), Tara, and Bailey, his siblings Jim, Bob, Sheri, and Rose, his former wife Martha, and his grandchildren and numerous nieces, nephews and extended family, along with his dear friends in the Cheyenne Frontier Days community.

No service is scheduled at this time. Memorial donations in memory of Jerry may be made to the Cheyenne Frontier Days Memorial Foundation, P.O. Box 2097 Cheyenne, WY 82003.