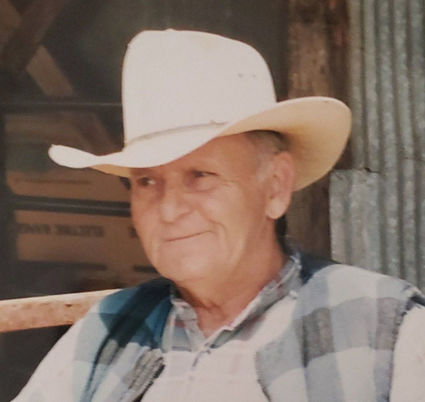 Earle E. Crichton, age 77, passed away on the night of May 22, 2020, from respiratory complications. Earle was known to many as "Tuff," full of spitfire and energy. He was fun, outgoing, and the life of the party.

Earle was born on October 2, 1943 to George "Bud" and De Lois (Heath) Crichton in Laurel, MT. He grew up with his older brother Archie, older sisters Mae and Pat, and younger brother Bob, attending schools in Greybull, Basin, and Worland. Earle married his high school sweetheart, Sharon Johnson. They had two children: a son, Tom and a daughter, Toni.

Earle and Sharon had a 40-acre farm outside of Greybull that they called home for over thirty years. They spent all of their time there creating a fabulous place from what was just sagebrush. Earle was always a cowboy and loved the outdoors. He liked working on cars, trucks and tractors, and could fix anything. Having the farm with Sharon, a place to bring his family and those passions together, was his dream come true. Earle had worked at the Bentonite Plant for a short time, then as Brand Inspector in both Meeteetse and Greybull for over thirteen years. In 1978, he became a brakeman with Burlington Northern Railroad. He made a thirty-two year-long career at BNSF as an engineer, but was forced into retirement when early Alzheimer's set in.

Sharon took on Earle's care, sold their farm and moved to Worland to be closer to the kids. Sharon died in 2009, and the kids continued taking care of him until he moved into the Worland Healthcare in 2013.

Although Alzheimer's disease changed so much in his life, it had not changed his demeanor - he was always easy going and continued to be. He enjoyed conversation around a good cup of coffee and read every Louis L'amour novel. Earle will always be that "Tuff" cowboy, raising an eyebrow and giving a wink in our hearts.

Cremation has taken place. A private family gathering will be held this summer. Memorial donations may be made to the Worland Healthcare and Rehabilitation Center and sent to PO Box 524, Worland, WY 82401. Cards for the family may also be sent to that address. Online condolences may be made at http://www.bryantfuneralhomeonline.com.