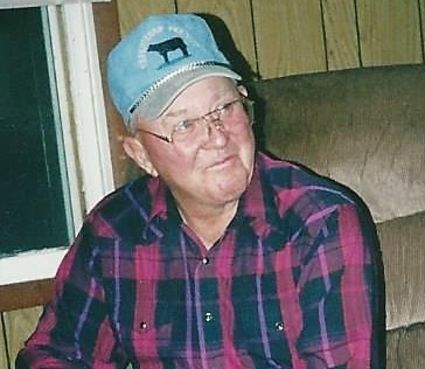 William “Bill” Hefenieder passed away on May 23, 2020 at the Washakie Medical Center. He was born on March 14th, 1935 in the old hospital on Big Horn Ave. in Worland, WY. He was the first child of George E. Hefenieder and Clara (Spadt) Hefenieder.

His farming career started at the age of six when he crawled behind his mother thinning doubles while his mother blocked sugar beets with a hoe. When he and his sister, Clarice, kept up all day, they were rewarded with a Tootsie pop. This experience fueled his interest in space planting and when mono germ seeds were developed, he was the first one in the area to space plant. Eventually he got it perfected to where he could raise top ten crops.

Bill went to grades 1-8 in the Emmet and Watson buildings, walking across the street to his grandmother’s house for lunch. In high school, he was a student bus driver for three years before Washakie 10 Road was graveled or paved. Bill used his earnings to buy a welder that is still in the farm shop today. He was the president of the Chief Washakie FFA chapter his senior year and that attributed to him being able to finish high school. It was a rough beet harvest that year and he told his sons he would have quit school if he wasn’t the President of the FFA. He also went on a trip to Kansas City and other camping experiences led by Ray “Pappy” Lowe.

Bill married Bonnie Kelly in Worland in 1961. They were married over 58 years at the time of his death. To this union four sons were born; Bill, twins John and Jim, and Bob.

As an adult, Bill served on the Hanover Irrigation District Canal board, Zion Lutheran Consistory, ASCS board, was named an Honorary State Farmer for FFA, and a Friend of 4-H.

In later years, the focus of the farm turned to custom feeding cattle. Bill loved to run the loader. He was the first one in the shop in the morning and he loved early mornings. Bill was always one of the first neighbors out and about every day. Bill was never one to sit around unless he was holding a grandchild or great grandchild. He was a lifelong fan of the Cleveland Indians, the Green Bay Packers, the Bar J Wranglers and loved to watch pro bowling and boxing.

Bill was preceded in death by his parents, his brother Charlie, and two infant grandsons, Marshall and Stephen Hefenieder.