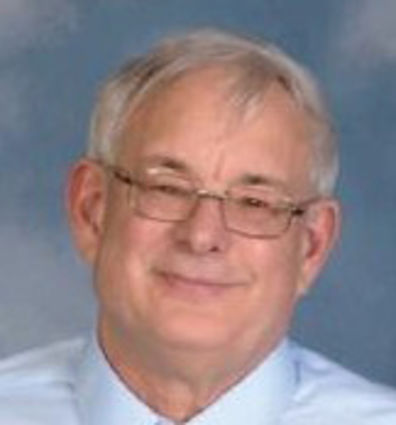 Steven Harry Davis, 68, passed away on June 5, 2020 at his home in Worland. Steve was born and raised in Worland, WY to Harry and Esther (Buxman) Davis. He was born premature and fighting for his life, but nothing from this point on would manage to slow him down.

Our beloved and spirited Dad was always eager to learn new things and was as smart as they come. We remember many tales of him riding bikes with his sister through town, including a time where he landed in a ditch and ended up with a pipe through his lip. He was a Boy Scout and loved an outdoor adventure. He enjoyed hiking and climbing the areas around Worland, Ten Sleep, and the Big Horns, often doing so without fear or a concern for safety. In school, he was a sprinter, top student and a gifted musician.

He graduated from Worland High School in 1970 and was awarded a scholarship to study music at Casper College. He then transferred to the University of Wyoming where he graduated with a teaching degree in Math. After several years teaching, he landed in Gillette, WY, where he would meet and marry the love of his life, Deborah Ann Lambrecht. He changed careers and began working for Rawhide Coal Mine and would continue to work in the mines of the area as a warehouse supervisor until his retirement in 2016. Another passion of his was his work as a trained EMT for the mines. He took pride in being a first responder and helping those in need.

With his wife, Deb, they created a beautiful childhood for their two children, Adam, and Katie. They always had a backyard that was the envy of the neighborhood, as he couldn't stop dreaming up new projects that included forts with firepoles and pulleys, and the coolest swing set anyone could imagine. Many summers were spent traveling, camping, and exploring.

Steve weathered many storms, including the tragic death of his wife in 1992, but never stopped showing up for those he loved. He was right by Adam's side for months in 2012 after an active duty injury. He spent countless hours watching over and caring for him in the hospital. He lost his sister, Karen, in a sudden vehicle accident in 2014, which left her three children in need of a guardian. He didn't hesitate for a moment and stepped into their care, which eventually led to his relocation back to his hometown of Worland. He became an avid supporter of the boys Special Olympics endeavors even becoming a basketball coach for the team.

In his adult life, he spent his spare time fishing, singing in the church choir, engaging in his church community both in Gillette and Zion Lutheran Church in Worland, spoiling his grandchildren, and most recently, playing bridge with a group of friends. He visited his children and grandchildren as much as he could and was there for so many important moments. They knew their grandpa and anticipated his visits.

Above all, he was the Dad who always had the answer. You felt safe, held and loved. We knew how proud he was of our very different paths in life. And it was more than evident how incredibly proud of his three grandchildren he was. You could see it in his glow around them. He will be missed very much.

Steven is survived by his daughter Katrina (Jonathan) Watkins, his son Adam (Nancy) Davis, his grandchildren, Liam, Nicolai, and Mathias. He is also survived by his nephews, Kenneth, Timothy, and Keary Heckert. He was preceded in death by his parents, his wife, Deborah Ann Davis, his sister, Karen Davis, and an infant brother.

Funeral Services will be held 1:00 PM Saturday, June 13, 2020 at the Zion Lutheran Evangelical Church with Pastor Roger Dobson officiating. Burial will follow at Riverview Memorial Gardens Cemetery. We are asking people to follow social distancing recommendations both at the church and cemetery. Services will be available through live streaming as well on Bryant Funeral Facebook page and later on the website. Memorial donations may be made to Special Olympics (please designate Washakie County in the memo line) and sent to PO Box 524, Worland, WY 82401. Cards for the family may also be sent to that address. Online condolences may be made at http://www.bryantfuneralhomeonline.com.