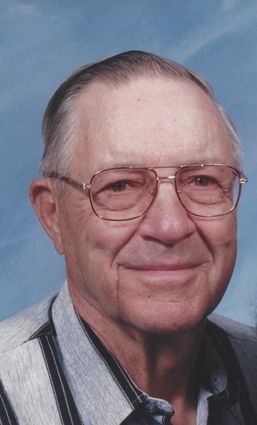 Marvin was born on April 11, 1931, in Ft. Collins, Colorado to Levi M. and Kathryn C. (Lingelbach) Mead. When he was two years old, his parents purchased a farm at Pease Bottom, Montana, where he and his parents moved. The family later moved to a farm three miles outside of Hysham, Montana, where Marv helped on the family farm when not attending school in Hysham.

After Marv graduated in 1949 from Hysham High School, he enrolled in Spartan College of Aeronautics in Tulsa, Oklahoma. Prior to completion of college, Marv was drafted into the Army, and he spent his enlistment at the Sandia Base on the southeastern edge of Albuquerque, New Mexico.

After his discharge from the Army in 1953, Marv returned to Hysham and worked on his father's farm. On November 22, 1954, he married Shirley J. McCann, also of Hysham. After the couple married, they moved to Los Angeles where Marv worked for Douglas Aircraft (what later became McDonnell Douglas and subsequently Boeing).

After a short stint of working for Douglas Aircraft in Los Angeles, Marv was transferred to Tulsa where he worked for the company for a few weeks. At that time, Shirley's father, Lincoln McCann, told Marv's father, Levi M. Mead, of the John Deere business that was for sale in Worland. In November of 1955, Marv and Shirley moved to Worland along with Marv's father and mother and Marv's two brothers, Melvin and Junior, and their wives. They opened the John Deere family business as Mead & Sons, Inc. Marv worked as a tractor mechanic in the business until the business closed in 1988.

When the business sold, Marv retired. He and Shirley traveled from one fishing hole to another for the next ten years, spending a lot of time in New Mexico, Arizona, and Texas. They also spent time fishing their favorite local lakes when they were home. Marv and Shirley had more than one motorhome over the years that they pulled their boat with, or they would pull a vehicle with the infamous "port-a-boat" atop.

Marvin was preceded in death by brothers Junior and Melvin; a son, Michael; and a grandson, Daniel. He is survived by his wife, Shirley; a sister, Maxine Fricke, of Mulino, Oregon; daughter, Terri (Dan Miller); sons, Ronald (Kristie) and Richard (Stephanie), all of Worland; and numerous grandchildren and great-grandchildren.

Memorials may be made to the Presbyterian Church in Worland, Wyoming, and sent to 403 South 15th, Worland, WY 82401.

Cremation has taken place and a private burial will take place at the Mead family cabin at a later time. Bryant Funeral Home is assisting the family with the arrangements.