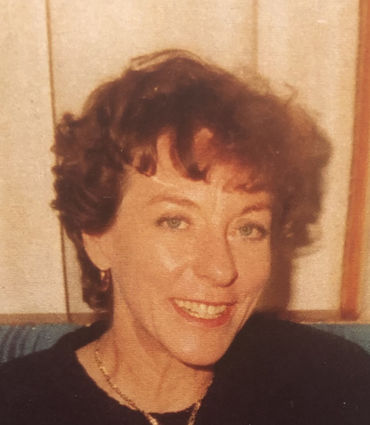 Freda Marie Jensen age 87 died, Saturday, July 11, at the Spirit Mountain Hospice House, with family at her side, Freda passed on July 11, 2020. Born Freda Marie Wolf to Fredrick (Fritz) and Edna Wolf, she spent her childhood living on her Grandmother's homestead in Worland, Wyoming. At nineteen, she married Harry Jensen. Six years later Freda and Harry moved their little family to Meeteetse, Wyoming where their children were provided with a loving and unforgettable childhood.

In addition to raising us kids, she played piano at school functions, did bookkeeping for various businesses and was always sewing something for somebody. For several years, she worked for the Forest Service (District Clerk Shoshone National Forest, Meeteetse). She had fond memories of "breaking in the new Rangers" and developed lifetime friendships with many.

Freda retired in the late seventies and moved with Harry to Cairo, Egypt. While in Egypt, she had the opportunity to travel the world and witness so many different cultures. She loved traveling, shopping, and playing golf next to the pyramids. Pretty awesome for a rural girl from Wyoming!

After Harry retired, they built their dream home in Cody, Wyoming. Here she enjoyed entertaining and being close to her children and grandchildren. Dad passed in the late nineties and Mom continued living in HER house till the end.