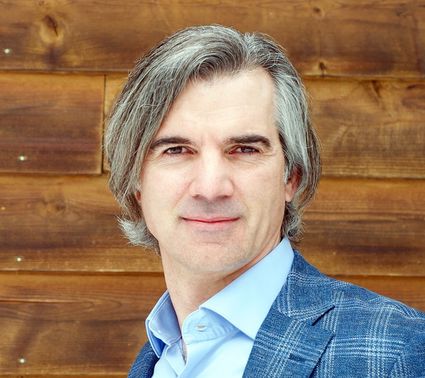 He said he had an event in Thermopolis scheduled and he reached out to his Worland campaign volunteer Phyllis Roseberry about hosting a small event at Pioneer Square. He then went to Ten Sleep, Gillette and Sheridan last week.

Beach is one of three Democratic candidates for Wyoming's lone U.S. House seat. The other two are from Fort Washakie and South Dakota.

Campaigning in rich Republican area like the Big Horn Basin has been at times difficult but also interesting.

Beach said growing up the divide between the two main parties was not as great as it is now. "There was a lot more middle ground that people found they could align with."

He said this year, however, people have been receptive to his message. "If you're going to win in Wyoming as a Democrat you have to get Republicans and independents to believe in you, regardless of what letter is beside your name. That's going to take an effort, but I've been to some very conservative areas of the state and we've been able to find some common ground.

"I hope that my message of being from Wyoming and being from a rural community (Saratoga) and knowing about the issues that affect rural communities, I'm hoping that will resonate," Beach said.

Along with the challenges of campaigning as a Democrat, COVID-19 has also brought challenges with attendance small for events for all candidates, he said.

Why did Beach decide to run for U.S. House? He said he considered it before the COVID-19 outbreak but delayed his announcement until April.

"I was watching the races develop, specifically the Senate side and did not see any real Democratic challenger," Beach said. "I started to think about all the values and principles I grew up with in Wyoming and how I didn't feel they were represented any longer. After consulting with people around the state, family, friends and colleagues, and with their encouragement I decided to run."

Beach was born in Rawlins and raised in Ryan Park. He is an international educator and has been able to travel all over the world.

Beach said one of his issues is one that has been tossed around for more than 40 years in Wyoming - to help diversify the economy. "In my 40 years there has not been a lot of action to move us beyond the mineral industry. For me we need to offer more concrete real solutions," he said.

One way to do that is to improve internet infrastructure across the state to ensure it meets the demands of a 21st century economy. He said he also wants to build infrastructure on green technology.

Another issue is healthcare, he said he is proponent of single payer and universal healthcare and has seen it work in providing basic healthcare for citizens in other countries. "All the boogeyman stories you hear, do not play out in real life," he said. "On a policy level I see it as the most just, equitable and economic system. COVID-19 highlighted that our medical system is not better equipped to deal with these problems than any other place in the world. The only thing we do better is that we are more expensive."

Other issues are conservation, public lands and protecting the environment; and social justice.

Regarding social justice he said, "We need leadership that is more in tune with the modern world."