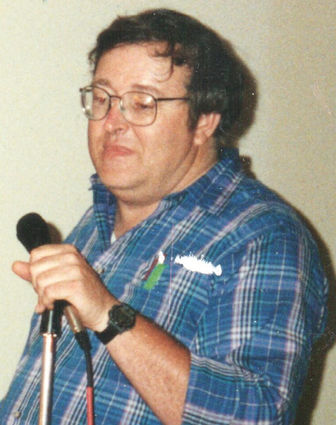 Russ Misner passed away at his home in Pocatello, Id, surrounded by his loving family on Sunday September 13, 2020. He was born November 3, 1946 to the late Roy and Dorothy Misner in Worland, Wyoming, the oldest of three children. He spent his youth playing sports, hunting and fishing near the family cabin in the Big Horn Mountains, ranching on the Leiper Cottonwood and Gooseberry Cattle Ranch and engaging his early love of music in a high school rock band.

He attended Creighton University, and while in dental school he met and married his wife, Carol. After graduating dental school, he served in the Navy for two years of active service and six years of reserves. In 1978 he established the first pediatric dental practice in Pocatello. His practice was devoted to bridging conventional and holistic dentistry, creating a place where kids felt comfortable.

He was passionate about the game of soccer and devoted much of his life to organizing and coaching soccer.

He was an active supporter of the Pocatello private schools, Grace Lutheran and Holy Spirit Catholic Schools. He was a mentor for the players he coached and the amazing people he worked with at his dental practice. Russ was a lifelong avid student, who constantly cultivated his open-minded thinking.

Another of his great joys was music. He liked to jam in the garage on his guitar with his children and their teenage friends. Later he joined a rock band in his early 50's, playing gigs around eastern Idaho. He could be found rocking out in North Fork, on the Salmon River, where he spent lots of time at the family cabin. In 2015, he was able to fulfill a long dream that he perform with the Paint Rock Canyon Band(formerly the Centaurs), at his 50 year WHS reunion.

Russ loved children and was a positive influence in the lives of many of his pediatric dental patients and soccer players. He was always thinking of what was best for the children. One of the greatest highlights of his life was his only granddaughter, Zoey(Meagan's daughter). You could see the sparkle in Russ eye every time Zoey was around.

A dedicated father and husband. Russ is survived by Carol, his wife of 51 years, his three children, Chad Misner and his wife, Chloë Chung Misner, Ryan Misner, Meagan Misner Auch and her husband, Justin Auch, his granddaughter Zoey Auch, and his brother David Misner and numerous nephews and nieces. He was preceded in death by his Father and Mother, Roy and Dorothy Misner of Worland in 1990 and his sister, Patti (Belanger) Misner of Boise, Id in 2005.

In lieu of flowers, donations may be made to Grace Lutheran School or Holy Spirit Catholic School in his name.

A memorial celebrating his life will be held on October 3, 2020 at 11am in Raymond Park, located at Carson St and Riverside Dr. in Pocatello.