A growing passion for pumpkins and plants 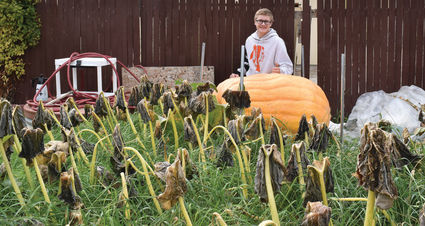 Dawson Utterback of Worland poses with his giant pumpkin in September prior to the Wyoming State Championship Giant Pumpkin Weigh-Off in Worland.

WORLAND - What began as a family outing to watch the giant pumpkin drop has turned into one teen's passion for plants, giant, carnivorous and everything in between.

Dawson Utterback, a freshman at Worland High School this fall watched the giant pumpkin weigh-in and pumpkin drop and decided to try his hand at growing giant pumpkins. He attended a Washakie County Extension class on growing giant...