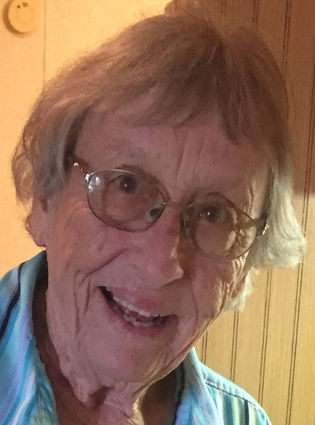 She was one of four children that included her brothers, Don (Nancy) and Jerry, as well as her younger sister, Lana (Everett). The family eventually moved to and settled in Wyoming.

It was in Wyoming that Peggy discovered her true calling - being a mother and taking care of her children. As her kids grew older, all their friends would gather at her house and she became a "second mom" to many.

Through the years, Peggy would take several children into her home and raise them as if they were her very own. Decades later, they continued to call her mom and she proudly answered.

Peggy was an avid gardener and loved her house plants. She tended her garden and canned her bounty year after year. When you were at her house, you would never go hungry and she often cooked enough "to feed an army."

Friends and family raved over her homemade chicken and noodles, homemade buns as well as several of her other signature dishes. Peggy loved to read her cookbooks and never disposed of any as was evident by the bookcases full of them in her home! The pages were marked with the recipes she found most appealing.

Peggy never met a person she couldn't talk to. Her loved ones often said that they would go into someplace new with complete strangers and Peggy would come out knowing their entire life stories.

She was especially fond of talking and giggling with small children and they all gravitated toward her. We are sure that they just knew that she was an inherently kind and loving person.

Peggy's whole world was wrapped up in her family. She was blessed with four children, Danny, Steven (Karen), Laura (Marley) and Lisa (James), and honorary daughter, Mame.

She always had a pocketbook full of pictures and a story to tell people about all her "kids," even if they didn't ask!

Peg enjoyed sitting on the deck, drinking a Budweiser and visiting with her friends and family. There was never a shortage of laughter when you were around her. She radiated joy! You also never felt unwelcome in her presence even if you had just met her 5 minutes before. Her kindness will always be unmatched!

Peggy spent the last several years with Jerry Cook, whom she described as her "old cowboy boyfriend." They would adventure into the Big Horns, go on road trips and have dates for pizza in Hyattville. They spent hours together tending the yards and gardens of both their homes. They could be found on many evenings at home with Jerry watching the game and Peg perusing her latest cookbook.

On Friday, Oct. 9, 2020, Peg left us to rejoin her infant son Danny, son Steve and son-in-law, Gaylen in heaven. Her family is absolutely sure that they are sitting around a campfire, drinking a beer and talking about getting ready to go fishing together.

Even though she will be missed beyond measure, heaven could not have gained a more beautiful, kind loving angel.

There will be no formal service as she never wanted anyone to make a fuss over her. Her family and close loved ones will have a private memorial for her.

If you would like to honor Peggy, her family requests that you make your favorite dish, grab a beer and sit down with your family to laugh and enjoy each other. That is exactly what she did all her life. Family was first with her.

We love you, Mom!

This paid obituary was provided by family and friends.