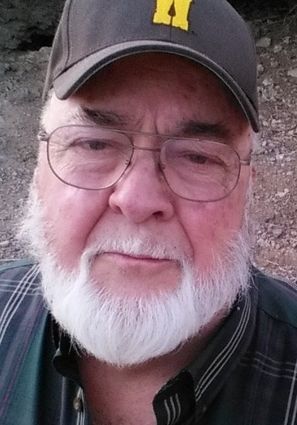 John Marvin Dunsworth, 72, passed away November 1, 2020 at his home in Worland, Wyoming.

John was born December 2, 1947 in San Francisco, California. He was later adopted by Thomas and Roah (McIntosh) Dunsworth. John grew up in Burlington, Wyoming where he was known as Marv in his youth and later used his given first name, John. He was an adventure-seeking, fun-loving individual who always enjoyed a practical joke.

In 4th grade, a new girl showed up at school. Her name was Kathy Aagard. John later claimed he knew that she was his soulmate the first time he saw her. John graduated Burlington High School in 1966 and then attended the University of Wyoming in Laramie, as did Kathy. On January 30, 1967, he and Kathy were married in Burlington. He later graduated from UW with a journalism degree.

While in Laramie, three of his children were born: Todd in 1969, Brad in 1971 and Jan in 1973. After graduating college, he worked for the Laramie Police Department. He took a job with Pacific Power and Light Company as a meter reader and moved to Lovell, Wyoming. There his youngest daughter, Mindi arrived in 1977. The family made another move to Lander, Wyoming where he still worked for PP&L but as an equipment operator. He later became an estimator for Rocky Mountain Power (formerly PP&L). The final move came in 2019 to Worland.

John loved his family and enjoyed introducing his children to his love of the outdoors and all outdoor activities. While growing up his children always knew weekends would be full of adventures. Whether it was camping, hiking, fishing, snowmobiling, motorcycle riding or ice fishing, there was always fun to be had.

John's grandchildren were extremely important to him. He made each grandchild feel loved and special by finding out their interests and connecting with them through those interests.

He was preceded in death by his parents, Kathy's parents, brother-in-law, David Aagard and his son Todd Dunsworth.

We will miss you Daddy, Grandpa, Great-grandpa, Uncle, friend and soulmate.

As per his wishes, cremation has taken place. A private family service will be held at a later date. Memorial donations may be made to the Worland Senior Center and sent to PO Box 524, Worland, WY 82401. Online condolences may be made at http://www.bryantfuneralhomeonline.com.