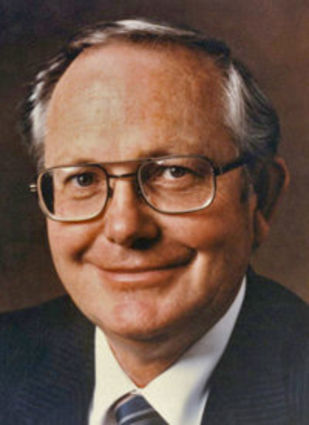 Blair was born on July 2,1935, in Ogden, Utah, to Eldon and Melba Foulger. At a young age he joined a violin group called the Violeers and played at churches and other events in the Utah area. After graduating from Ogden High School, he went on to attend both Utah State University and Weber State University where he took business classes.

Blair met his sweetheart and love of his life, Norene Wadsworth, in his teenage years on a "back porch by a lilac bush." They spent all their time together going to church dances and group activities. They were sealed to one another for time and all eternity on Aug. 23, 1956, in the Salt Lake City Temple.

Together, they delighted in raising their five children, four sons and one daughter. They raised their family in Utah, Montana and Wyoming. Blair enjoyed being involved in all his children's, grandchildren's and great-grandchildren's pursuits. He considered his family to be his most cherished treasure.

He was a member of the Church of Jesus Christ of Latter-day Saints and held multiple callings within the organization. Blair faithfully, quietly, and unbeknownst to many, supported numerous missionaries while they served, whether they were family or not.

He enjoyed Arabian horses, had amazing adventures while raising llamas and traveled the world with Norene in their motor coach. In the winters, they enjoyed their second home in Green Valley, Arizona.

Blair's passion for the grocery business began while working in his uncle's grocery store, Knob Hill Market. It was here, at the age of 16, that he was given his first job of sorting pop bottles. When his uncle passed away, he helped his Aunt Beth run the grocery store. Later on, he worked for several other grocery stores, including Dinner Horn Market, Associated Foods and Kwik Way. In 1980, an opportunity to purchase a store of his own presented itself. On June 1 of that year, with only 24 hours to decide, Blair and Norene purchased Max's Supermarket in Powell, thus establishing Blair's Market.

His business was founded upon and driven by firm family values. He always stated, "We're proud that Blair's Market is a family-operated supermarket." Time and time again, Blair could be seen greeting his customers with a smile, as well as a piece of Trident spearmint gum for the younger shoppers. The business expanded into five locations which included Cody, Powell, Worland, Thermopolis and Greybull, Wyoming.

Condolences can be sent to the Thompson Funeral Home (www.thompsonfuneral.net). In lieu of flowers, please donate to your local food bank.