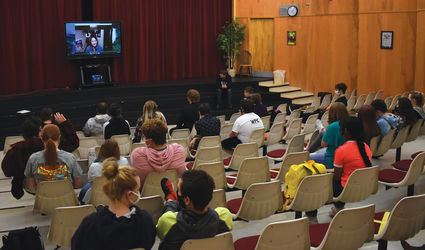 WORLAND – Worland drama students met via tele-conference with voice actress Katie Leigh who has been a voice on many television shows, movies, video games and even appearing on radio.