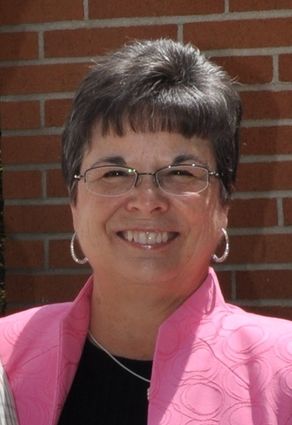 Kay Renee (Woodhams) Scheuerman went to her eternal heavenly home to be with Jesus on December 10, 2020 in Billings, MT. Kay was born in Worland, WY to Bill and Fern Woodhams on March 22, 1945. Kay was the second daughter of three girls in the family. Kay graduated from Worland High School in 1963 and went on to attend one year of college at the Seattle Pacific College in Seattle, Washington, majoring in medical technology.

Kay married Dan Scheuerman on December 27, 1964. They were two weeks shy of celebrating their 56th wedding anniversary when she passed away. Dan and Kay had three children, Todd, Mark and Diana. Dan and Kay lived in California and Colorado, then returned to their home of Worland, Wyoming in 1972. Since that time, Kay was an active member of the Zion Evangelical Lutheran Church. Kay gave her life to Christ as a teenager while attending church camp. Her faith in Christ was evident to all who knew her throughout her life. Kay's love for God, family and church service kept her busy always. She served her family as a homemaker while her children were young. Her homemade meals, cookies and pies were always a delight to all who came to the dinner table. When the children were older, Kay worked at the Bible bookstore that she and Dan owned. Later on, Kay worked for Dr. Graham and Dr. Johns for several years. Dan and Kay loved to travel together. Some of Kay's favorite trips included trips to Israel, Germany, Austria, Switzerland and the United Kingdom. Dan and Kay also enjoyed traveling all over the United States in their 5th wheel, as well as camping in the mountains. Kay was preceded in death by her parents (Bill and Fern Woodhams), her daughter (Diana Feraud), and her unborn grandchildren (Baby Feraud and Baby Scheuerman).

In order to honor Kay's love for Christ and service to the church, in lieu of flowers, donations can be made to Zion Zest Kitchen Fund. Please mail donations to Zion Church, PO Box 376, Worland, WY 82401. Funeral and visitation arrangements were private family only and have concluded. Arrangements have been entrusted to Veile Mortuary.