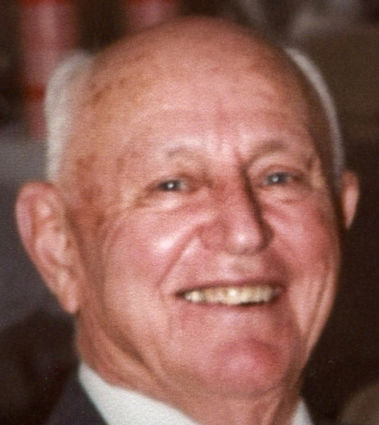 Garlin Dee Bradshaw, 92, went to be with his Savior on December 18, 2020. He was living at Worland Healthcare and Rehabilitation center. Dee was born August 16, 1928 in a log house near Urbana, Missouri. He was the first born to Avis Earlin and Delpha Mae (Huckaby) Bradshaw.

His passion for fishing began at a young age. His grandpa would take him almost every summer morning. Sunday was for church and where he came to know Christ as his Savior. Walking the two miles to the little Baptist church was one of Dee's fondest memories.

He attended grade school in a small country school graduating from Louisberg High School at the young age of 16. He was a natural athlete excelling in baseball and basketball. Following graduation, he moved west to California, but a year later returned to Missouri.

In 1940, his parents bought a little country store. They sold everything from chicken feed to gas and oil until 1949. In the summertime, Dee would work in Kansas City and then come back for the winter months to help tend the store.

In March of 1949, three of Dee's closest friends asked him to move to Washington State. On the way, they drove through Worland where he met Leonard Miller's uncle "Slim" (Harold Miller). Slim helped him find a job at the Safeway Store, and Dee never ended up making it to Washington. He continued to work there until the Sulfur plant was built and he started his job there. In October, he went back to Missouri for the love of his life, Frankie Lea Lightfoot. They were married shortly after, on March 12, 1950. At that point, Dee borrowed $200 from his grandfather and made his way back to Worland. Once he was settled and had found a job, he sent for Frankie and settled into married life.

On August 16, 1950, he started his career at the Post Office. The first 3 years he worked as a clerk/carrier and then was promoted to a clerk for the next 11 years. Dee knew, and was known by everyone in the community. His smile was infectious, and he had a way of making you feel like you were the most important person in the room.

In 1964, Dee and Frankie bought their first home at 710 Obie Sue. Because money was tight, he was moonlighting at Van's Candy. Later, he was able to increase his income and was immensely proud of his wife, for also getting a job at the post office. Dee retired in 1989 and loved being able to focus on his church family. He was highly active in the First Southern Baptist Church from the time it was organized. He enjoyed teaching Sunday school and helping wherever he was needed. He also loved to lead congregational singing.

Dee had a love for sports. He played slow and fast pitch softball and city league basketball until he became an umpire. You could always find him out on the field, supporting his grandchildren and being their number one fan. Dee wanted everyone to know as they read this, that he is with his savior in heaven. Remember him as one who genuinely enjoyed life here on this earth but not as much as he will in heaven.

Dee was preceded in death by his parents; his brother, Bob; his mother and father in-law; his son, Bobbie; his granddaughter, Diana and one of his close friends, Dick Slye, who has probably already found the best fishing hole in heaven and has been saving a spot for Dee.

Funeral services were held Tuesday, December 22, 2020 at the CrossPoint Baptist Church Washakie Campus. Memorial donations may be made to the Ministerial Association food bank in Worland and sent to PO Box 524, Worland, Wyoming 82401. Online condolences may be made at http://www.bryantfuneralhomeononline.com.