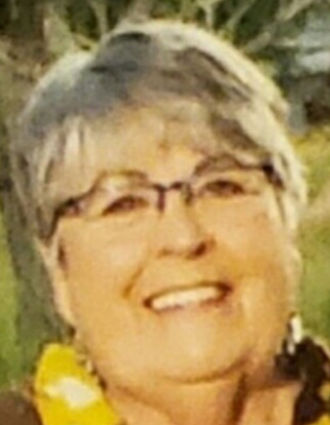 Nyla Jean Romero (Logan) of Worland, Wyoming, passed on to join her heavenly Father on Dec. 30, 2020, in the presence of her husband and youngest daughter, at Billings Clinic in Billings, Montana.

Nyla was born in Guernsey, Wyoming, on April 13, 1943, to Ruby and Arnold Logan. She was raised in the former mining town of Sunrise, Wyoming, graduating from Sunrise High School in 1961. She earned a cosmetology license in Cheyenne in 1962.

A woman of unimaginable patience, she raised her children in a home under perpetual construction, occasionally requiring a tetanus shot. Not exhausted enough from raising her own kids, Nyla worked for many years helping raise the children of unrelated people at Marion Day Care Center in Sheridan, Wyoming. She was a saint.

On one summer afternoon she took a hands-on approach to teach her kids a lesson in motorcycle safety, riding one of the most impressive wheelies across a barren field with much aplomb. She would giggle like a school girl frequently, spreading her characteristic charm to all those around her. Nyla loved to cook, sew and garden, evidenced by some of the cleverest Halloween costumes ever created and flowers that were the envy of her vegetables.

Devout evangelical Christians, Nyla and Franco came to know the Lord during the Charismatic Renewal in 1977.

Cremation has taken place. A celebration of Nyla's life will take place at a location and date to be determined once public gatherings are safe again.

Memorials in Nyla's name may be made to the Worland Senior Center at 300 South 14th Street, Worland, Wyoming 82401.