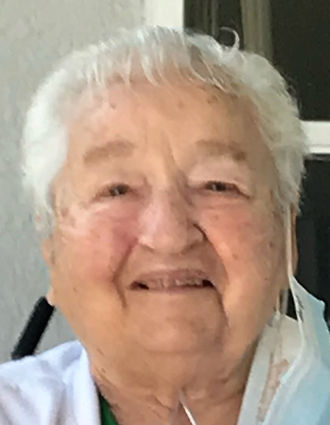 Margy C. White, age 89, passed away January 4, 2021. She was born on November 21, 1931 in Hayes Center, Nebraska to William and Opel (Bodaman) Cary. Margy married Alfred E. White on April 10, 1953. Margy was a full time homemaker until 1968 when she got a job as a sales clerk at JCPenny's. She was a longtime member of the Methodist Church on Big Horn Avenue. Margy was also a den mother for Sons. Whether it be cooking on a stovetop or campfire, all the kids learned from her.

Margy is preceded in death by her parents William and Opel; her in-laws; her husband, Alfred E .; three brothers, Dean, Richard and Robert; and three sisters, Roberta, Mickey, and Beaty.

She is survived by her sons; A. Michael (Mary) White of Roosevelt, Washington and Daniel E. White of Spirit Lake, Idaho; and by her daughter; Patricia A. Zander (Keith Ganner) of Albuquerque, New Mexico; six grandchildren and five great-grandchildren.

A private family graveside service will take place. A celebration of life will be held this summer. Memorial Donations may be made to the United Methodist Church c/o Veile Mortuary, P.O. Box 730, Worland, WY 82401. Arrangements have been entrusted to Veile Mortuary.