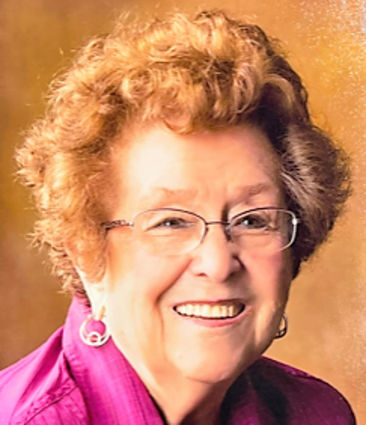 She was born March 24, 1930 in Worland to Vernon and Elta Hunt. Her grandma's name was Clara Wortham. She grew up the oldest of four children. She had one sister, Shirley and two brothers, Doyle and Harry. They all grew up in Worland on a dairy farm and went to school in Worland!

Dorothy married Bob Holt from Payne Springs, TX on February 25, 1949 in Worland, WY. She had six children, 13 grandchildren, and 12 great-grandchildren.

She worked for Curtis Mathis MFG in Athens, TX for over 30 years. She retired and then went to work for Foster Grandparents in Cheyenne, Thermopolis, and then Worland. Dorothy has lived in over 14 different states. She moved her family over 45 different times!! If ever you wanted to go anywhere and desired company, you just had to ask Dorothy and her answer was ALWAYS "let me get my purse".

Dorothy was the most positive and giving woman on earth. Life had presented her with many challenges, but she would ALWAYS say "What does God have in store for me now?" She was an example of how a Christian is supposed to be. Her favorite thing was to ask everyone "May I pray with you?" This lady's journey on earth was filled with one adventure after another. If you were blessed to be in her life you know just how AMAZING and special Mrs. Dorothy Holt was! She was loved by everyone and will be missed even more.

An open visitation will be held 4:00pm until 7:00pm, Thursday, March 18 at the Veile Colonial Chapel. The funeral service will be held at 10am on Friday, March 19, 2021 at the CrossPoint Baptist Church, 1101 Big Horn Avenue, Worland, WY. The graveside service will follow at Riverview Memorial Gardens Cemetery in Worland. Arrangements have been entrusted to Veile Mortuary