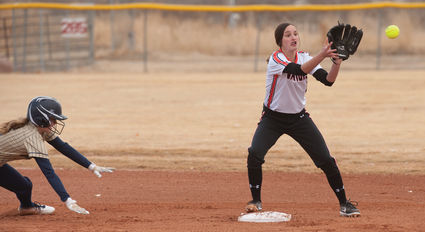 WORLAND - The first softball game in Worland High School history did not go as planned for the Lady Warriors, as they lost 9-0 to Cody on March 26 at Newell Sargent Park.

While the Lady Warriors' season-opening game in their inaugural season ended with a loss, WHS softball coach Crystal Redding thought her team played well once they battled through first-game nerves.