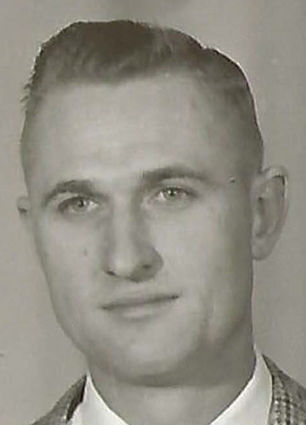 Richard Wirth Jensen passed from this life May 5, 2021 at the North Big Horn Hospital just three weeks prior to his 89th birthday.

Richard, known to many as Dick Jensen, was born in Byron, Wyoming May 30, 1932, during the depression years. He was born at home on the family farm on the Byron river bottom. He was the second son born to Maurice W. Jensen and Erma S. Wirth, after his older brother, Waldo Jensen. Two sisters later joined the family, Charlene (Scholes) Jensen and Erma Lou Jensen. Dick spent his early years on the farm playing with his brother, raising animals, hoeing the rows of crops, riding horses, and exploring the river bottom. He loved the out of doors and was rough and tumble, and a tease. He kept things interesting.

The family later moved to town where Dick attended school and was involved in sports. He played basketball and football. As a freshman he was small and skinny and worried he would never grow. He could overlap his basketball short across himself and pin them. To his delight the next 2 years he grew tall and broad and became an athlete. He played high school football and basketball, basketball at Northwest Community College, and was on men's town teams for many years.

When the Korean conflict started, like many others in the area, Dick and Wally volunteered for the army rather than wait for the draft. Dick became a specialist in water purification and taught the other soldiers this skill as part of their training. He was an excellent marksman and was invited to be trained as a sniper. He chose not to follow that path. Instead, he married Myrna McArthur of Lovell and left the military when the conflict ended.

The little family moved to Salt Lake City where Dick was a security guard at the church office building and attended barber school. Their first child, Jan, was born while living in Salt Lake. With this training, they moved to Laramie to attend the University of Wyoming. He barbered to support his family while in college as well as being an early morning milk delivery man. Two daughters, Sue and Kaye, joined the family in Laramie. After graduating, the family moved to Ten Sleep, Wyoming where Dick became the Vo-ag and shop teacher. Dick did all things with enthusiasm and loved a good prank and joke. Many longtime friends and fond memories came from the years in Ten Sleep as well as their first son, Heber, joined the family.

In the early 1960's, a job opened up in the Byron School system. Dick and family made their final move to Byron where the last three children, Alma, Renee, and Richard Mac, joined the family. It was here that he stayed for the remainder of his teaching career and rest of his life except for a year at the University of Wyoming where he earned a master's degree in animal science. He taught welding, auto mechanics, drafting, woodworking, chemistry, FFA judging, and animal science. Each summer his FFA students raised champion entries at the fair. He took great pride in helping select winning animals for his students. He also had students that were finalists in the National Lincoln Arc Welding competition.

Dick had many interests and hobbies. He loved the out of doors, horses, hunting, fishing, and camping. He shared this love of the outdoors with his own father and they were very close. He was a champion storyteller around the campfire. He hunted and camped with his family and extended family. He always had a few animals and at least a hundred chickens that had to be butchered each year to the dismay of his children. He grew a large garden and taught his children these skills. He ventured into the cattle business and loved his horse, Big Horn Barney.

Dick was a member of the Church of Jesus Christ of Latter-Day Saints. He served as a temple worker, stake missionary, bishop, seminary teacher, high councilman, and was a devout member. He often spoke at meetings. He had a resounding and clear voice and spoke with conviction, often using stories from his own life. He did a local church sponsored radio program for a time. This gift was taken at the age of 74 when he had a global CVA stroke. The remaining 16 years were difficult with limitations in speech and hearing. Many of his posterity did not know of his humor and wit. His daughter Renee was his caregiver for these 16 years and for his wife Myrna, who preceded him in death in 2012. He is also preceded in death by grandsons Aaron Brinkerhoff; Richard, Reid, and Rockwell Riley; his parents Maurice and Erma Jensen; sisters Charlene (Charles) Scholes and Erma Lou Jensen.