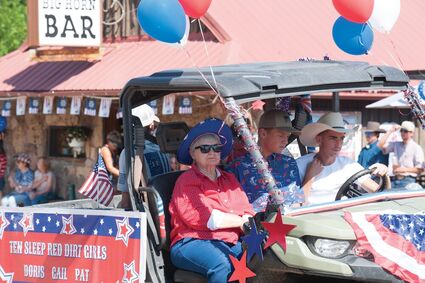 TEN SLEEP - The Ten Sleep Independence Day Parade once again filled the streets on July 4, this year with the theme of "Red Dirt and Rodeo."

"The Anderson Ladies," sisters-in-law Doris and Gail were invited to be co-grand marshals, but Gail was unable to attend. Doris Anderson enjoyed her Fourth of July experience nonetheless, saying "It was a lot of fun; I saw a lot of people that I wouldn't...