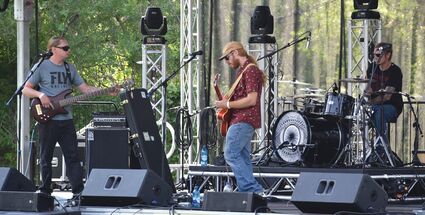 TEN SLEEP – When Quinn Cerovski & Black Mountain Blues took the stage this past weekend at Nowoodstock, Cerovski achieved a dream that he has been working toward as a child after watching his dad perform on the stage for years.

Cerovski has been around music his entire life, as his father is the guitarist for the Low Water String Band who performed at Nowoodstock this past weekend just be...