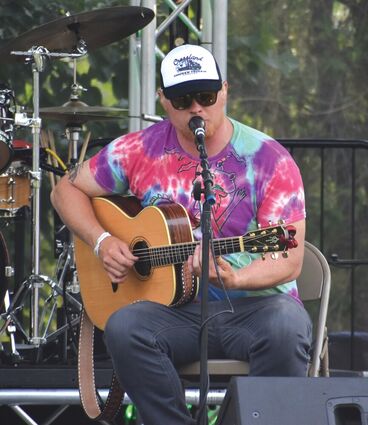 Rob Weimann performed for the first time at Nowoodstock after being invited two years ago to the event after Pat O'Brien was impressed by Weimann at the Wyoming Singer and Songwriter competition.

TEN SLEEP – Rob Weimann took the Ten Sleep scene by storm when he won the Wyoming Singer Songwriter competition two years ago, with Nowoodstock organizer Pat O'Brien being impressed by his sound and inviting Weimann to the stage this past weekend.

"I am absolutely humbled to share this stage with these professional musicians," Weimann said.

He said that being invited to perform on the Nowoods...