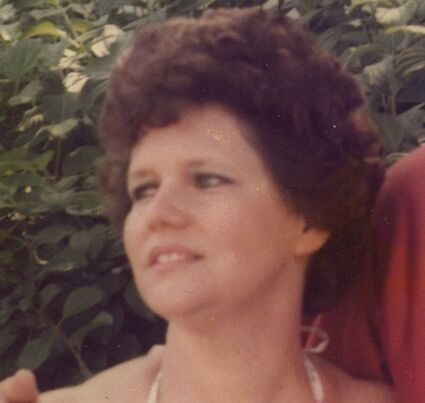 Barbara Melin, born Barbara Lee Parris died on Friday, October 22, 2021 at rest, in her home in Worland, Wyoming. She was 78 years old. She was born May 5, 1943 in Champaign, Illinois to Leota Myrtle Hayden Parris and Duane Cecil Parris Jr. When Barbara was 3 years old, the family moved to Tolleson, Arizona near Phoenix. Her father worked as a photo engraver in Champaign and moved to Arizona to seek some comfort because he suffered from asthma. A veteran of World War II, he received some benefits that allowed him to purchase a small two-bedroom house in the town of Sunnyslope located at the foot of the mountains in downtown Phoenix.

Barbara graduated from Sunnyslope High School in 1961. She married soon after graduation. Her first born Leslie Ernest Moore was born on October 20, 1962. Her second child Angela Ann Moore was born on October 1, 1964. The young family later moved to a three-bedroom home on Captain Dreyfus and 32nd Street in North Phoenix. That is where the young family lived when the marriage became troubled, and Barbara sued for divorce. David Melin was living across the street as a single parent with his two children. Barbara babysat the youngest, Ron, in the afternoons and looked after Julie until David got home from work. Barbara married David on February 1, 1974.

The newly combined family moved to Delta, Colorado. Barbara kept busy as a homemaker and mom as the children enrolled in new schools. Barb joined a neighborhood bible study group and also worked as the secretary for the Delta United Methodist Church. David's employer closed the Delta facility and offered a new position in Hereford, Texas. This was the first of six transfers that David and Barbara made with the same employer over the following 29 years. Barb did take the opportunity to attend a training session held in South Dakota and as a result was hired as a medical ward clerk. She held that position at Sidney Memorial Hospital and the Washakie Memorial Hospital in Worland.

Barbara enjoyed the opportunity to join the company wives as their husbands attended training meetings at various cities around the United States. Barb also enjoyed the opportunity to use their RV travel trailer on long vacation trips to visit family in Arizona, California, Utah, Wyoming, and Montana. Following retirement, Barb and Dave settled in Worland where Barb was greatly restricted in any travel or recreation due to continuing health issues.

Barbara is preceded in death by her parents Duane and Leota (Haven) Parris and her brother, Roy Parris.