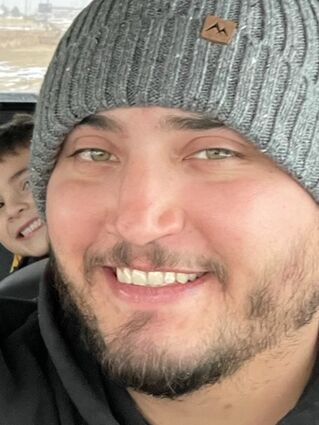 On January 26th 2022, David Moses White passed away at his home. David was born in Powell, WY on September 24th, 1991 to Mary Sanchez and Ken White. David was raised in Worland, WY and graduated from Worland High School in 2010. David had many interests while in school, including a successful career in Speech and Debate. David was a talented magician as a young adult who would amaze everyone with his skills. David moved to Cheyenne in 2011 where he met and married Schanel Romero, becoming a step father to her son Juaquin. To this union 2 children were born, Ella and Ezra. Schanel and David spent 9 years together before separating in 2021.

David spent many years working at Menards until he left for work in the Oilfield. At the time of his death David worked for American Cementing. David was a good father who wanted the best for his children. He was a Minnesota Viking's fan who enjoyed spending time with his family and friends.

David is survived by his father, Ken of Oregon and his mother, Mary (Paul) of Texas. His wife, Schanel and their three children, Juaquin, Ella and Ezra all of Cheyenne and by his siblings, Carina and Anna (TJ) of Cheyenne, Doug of Rock Springs, Josh and Tattoo of Casper, Dan and Rosa of Lander, Marcus (Tammy) of Worland as well as multiple nieces and nephews.

In lieu of flowers condolences can be made to Schanel White at PO Box 21248 Cheyenne, WY 82003 for the benefit of his children.

Condolences may be offered at schradercares.com.