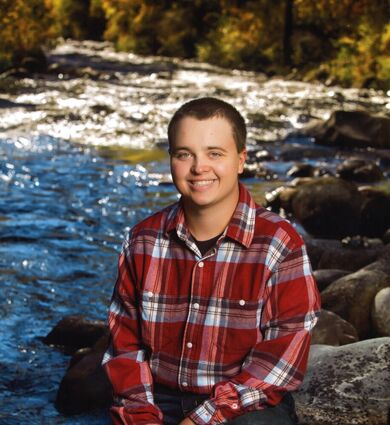 He was born in Worland, Wyoming to Terrence Deryll and Doneen Ann

After graduating from Worland High School with the class of 2017, Holden enlisted in the Army infantry. His dream since he was a young child was to be a soldier. He had a passion for his country and loved everything Red, White and Blue. God had different plans for Holden, so with a general discharge from training, he came back to Worland and worked for Marcus Geis at Geis Construction. Holden took an opportunity to receive his Certificate for Entry Level Equipment Operator in June 2019 from WCA Regional Training Center in Casper. He was so proud to have a CAT key. Holden later decided he wanted to try the college life so he enrolled in Northern Wyoming Community College in Sheridan and received his Construction Technology Certificate in May 2020. When COVID hit, he moved back to Worland and worked for Black Hills Bentonite in Ten Sleep. His heart was still pulling him back to Sheridan so he moved in November 2020 and started working for Custom Sprinkler and Landscaping for the spring and summer. He knew the meaning of a hard day's work. He then became part of the cement crew working for SSR construction. He recently shared with his parents about running equipment on the job site and they could hear excitement in his voice.

As soon as Holden was walking, he loved to be outside, in the dirt and everything motorized from lawn mowers, 4-wheelers, snowmobiles, and his little John Deere gator. Holden spent his youth in 4-H shooting sports. He had a passion for history, mostly from his love of watching movies and documentaries. He often spoke with family about historic battles and current conflicts around the world.

Holden's summers were spent camping with grandparents, aunts, uncles, and cousins. Motorcycle and 4-wheeler rides, playing in the creek, fishing, and sitting around the campfire were the best of times. The neighborhood kids in Pine Bluffs welcomed both Holden and Dillon during their visits, sleeping outside in the yard under the stars.

He loved his little brother, Dillon, no matter how many buttons Dillon pushed. They often argued, but if anyone messed with Dillon, Holden would be the first to defend him.

Holden's favorite place was the family cabin in the Bighorn Mountains, a place to enjoy the beauty that this world has to offer. His passion was hunting with his family and friends. The world stopped about a month before opening day, and Holden lost all focus on anything but hunting. He lived for hunting elk, deer, and antelope. He always had a successful season and his rifle became famously known at hunting camp as "Trusty Rusty". Once the big game seasons were over, then it was on to rabbits, ducks, and geese.

Holden was the godfather for one of his best friend's sons, Hunter Mccreery, and he adored watching this little boy grow up. Holden made a point to see Hunter when he came home to visit.

Holden's family and friends all know Holden as the quiet, kind, purely sweet soul with a big heart and infectious smile. Everyone loved Holden, and he was often referred to as Golden Holden. Along with Holden's great smile and warm heart came a witty sense of humor. That wit would strike when you didn't expect it from a shy, quiet, kind-hearted young man.

A funeral service will be held 10:00 am Monday, April 25, 2022 at the Worland Fairgrounds with Beau Byrd officiating. Burial will follow at Riverview Memorial Gardens Cemetery. Memorials may be made to the American Legion Post 44. Checks may be sent to PO Box 524 Worland, WY 82401. Online condolences may be made at http://www.bryantfuneralhomeon