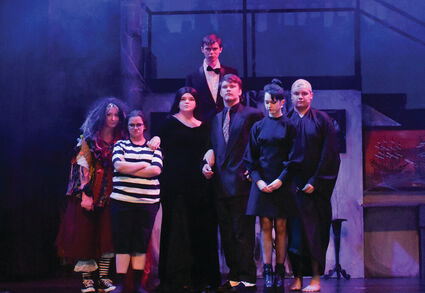 WORLAND – The Worland High School Drama Department will present “The Addams Family,” a musical this Thursday and Friday, April 28 and 29. Both performances are at 7 p.m. at the Worland Middle School auditorium.

The cast started rehearsals on March 14. It's under the direction of Naomi Durrant.

According to producer and department director Rick Dorn, the musical is inspired by the movies and sitcom of the same name. It was on Broadway starring Nathan Lane and Bebe Neuwirth.

The plot of the play centers around Wednesday Addams who has fallen for a boy but fears her family is too weird for him.

Tickets will be sold at the door.