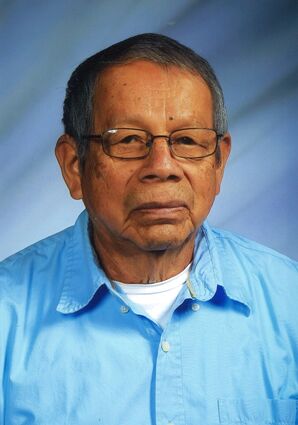 Juan Narciso Perez Ramirez passed away comfortably in the family home on August 4, 2022 at the age of 88. Juan was born in La Concha, Papantla, Veracruz, Mexico on June 24, 1934 to Pablo Perez Garcia and Ana Maria Macedonia Ramirez Santes; he was one of three boys.

In 1984, Juan, Rufina, and Mario emigrated from Mexico to the United States of America, where they found home in Del Valle, Texas. It was with great pride and a sense of responsibility of citizenship that Juan became a United States citizen in 1998. They took many trips to Mexico to visit family and remain connected to their home. They later relocated to Ten Sleep, Wyoming in 2001 and eventually settled in Worland, Wyoming in 2004, where Juan would live the rest of his life. He was blessed to become a grandfather to Rowan Lee (born 2009) and Elio Kyiyo (born 2018), sons of Ta'jin.

Juan was known for exposing injustices and standing up for the needs of his community. He did not shy away from sharing his opinions. He had a passion for woodworking, music, education, and free-thinking. Juan took pride in his indigenous heritage and particularly enjoyed powwows and family events, where he could usually be found in the action with a camera in hand, much to the amusement of his family. People who knew Juan well enjoyed his particularly biting sense of humor and were typically gifted a new name by him.

As Juan developed dementia in his later years, his personality softened, but he remained light-hearted and engaging. He was lovingly cared for at home by his wife, Rufina and oldest sons, Mario and Pablo.

Juan is survived by his wife, Rufina; sons, Mario, Pablo, and Ta'jin; and grandsons, Rowan and Elio.

A Celebration of Life will be 11:00 AM, Friday, August 12, 2022 at the Bryant Funeral Home Chapel; a picnic at Sanders Park will follow. Friends are encouraged to come and share a story of Juan. Memorial donations may be made to Washakie County Library and sent to PO Box 524, Worland, WY 82401. Online condolences may be made at http://www.bryant