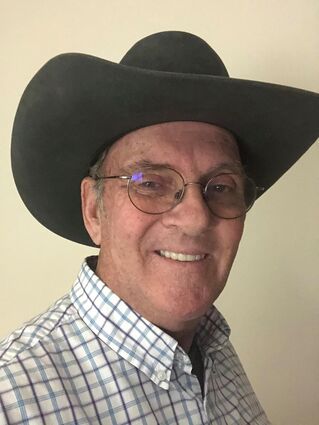 Edward John Gross, III passed away in his home in Worland, Wyoming on August 22, 2022 unexpectedly after a brief illness.

Ed was born in Pasadena, California on May 6, 1957, the oldest of five children born to Edward John, Jr. and Marilyn Jean (Brown) Gross. He received his education in Alcester, South Dakota, graduating in 1975. He went on to attend USD Springfield where he received a certificate in Auto mechanics. As a young boy, Ed enjoyed making model kits and being in Boy Scouts of America. Camping, as a boy, Ed grew to love the outdoors and everything it had to offer. This later made Wyoming his forever home with its wide-open back door to the wilderness.

He came to Wyoming to work for the Wyoming State Fire Marshal's Office. He was the electrical inspector for Park, Washakie and Big Horn Counties. He served in the Electrical Division and was a great source of training, information and mentoring for other inspectors. Ed was well respected in his job and the joke was often made that he did not need to reference the code book, because he knew the code book...inside and out thanks to the gift of a photographic memory!

There were few things Ed couldn't do. He was an accomplished artist, both in sketching and oil paints. He loved taking photos of places and people, then creating his own painting or sketches from those photos. He also took up Amateur Radio and playing the fiddle which led to becoming part of an Old-Time Fiddler's group. His home was very organized with the beginnings of projects that "he just couldn't turn down". He had a great love for animals and was involved in many animal rescues. His other great passion was Model A cars.

Ed also had a soft spot for the people around him. He was reserved, yet a friend to all. He was kindhearted and very caring. He would gladly shop for an elderly neighbor or take the time to visit. He most recently served his community by being a board member on the Worland Fire Protection District.

Cremation has taken place and private services will be held later this fall. Memorial donations may be made in his name to the Worland Fire Department and sent to PO Box 524, Worland, WY 82401. Online condolences may be made at http://www.bryantfuneralhome