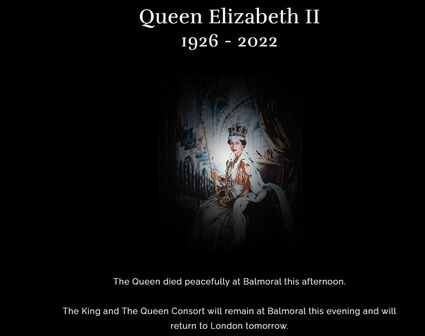 CHEYENNE, Wyo. - At the direction of the President of the United States, Governor Mark Gordon has ordered both the United States and Wyoming flags to be flown at half-staff in honor and remembrance of Queen Elizabeth II, whose death at the age of 96 was announced by Buckingham Palace today. Flags will remain at half staff until the day of interment. A follow-up notification will be made when...