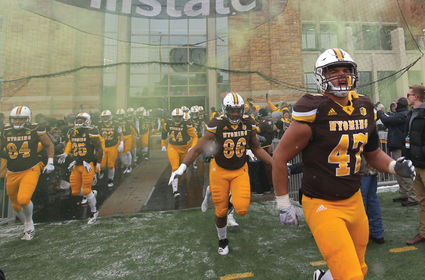 University of Wyoming players storm the field during the final home game against Air Force at War Memorial Stadium on Nov. 17 in Laramie.

LARAMIE – As was the case last week, officials at the University of Wyoming aren't overly optimistic that its football team will be among the 78 that receive a bowl invitation Sunday.

UW became the Mountain West's seventh bowl-eligible team with its 31-3 victory at New Mexico last Saturday. The Cowboys won their fourth consecutive game, finishing the regular season at 6-6 overall and third in...