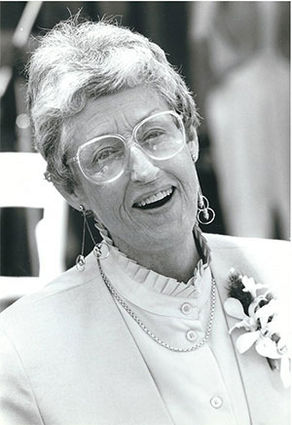 Ann Scott, 89, passed away peacefully at home surrounded by loved ones. She was born Ann Devitt in Denver, Colorado, to Ellen E. and Oliver H. Devitt. She graduated from South High School of Denver in 1947 and attended Mills College and then the University of Colorado, Boulder, where she earned a degree in education in 1952 and met her future husband, Richard E. Scott. She and her family lived in Westminster, Colorado, then Riverton, Wyoming, and Worland, Wyoming. In Worland in the 1960s and '70s she taught elementary school and was organist at the Presbyterian Church. She also taught piano lessons. She left teaching to study computer programming, then worked in the office of McGarvin-Moberley Construction in Worland, programming and operating their computer system for many years. After retiring she returned to Denver. She was an avid reader and amassed a sizable personal library of books and music as well as being a frequent borrower at the Denver Public Libraries, and she was an enthusiastic patron of the Denver jazz scene.

She was preceded in death by her brother David Devitt and her ex-husband Richard Scott. She is survived by her brother John L. Devitt, sister Martha D. (Robert) Logsdon, children Lynn S. (Jerry Joyce) Calvin, Clinton E. (Kathleen) Scott, Lisa A. (Reed Cournoyer) Scott, grandchildren Sam and Zoe Calvin and Rachel and Paul Scott, and 8 nieces and nephews. Ann will be greatly missed by all those who knew her. The family plans a private memorial.