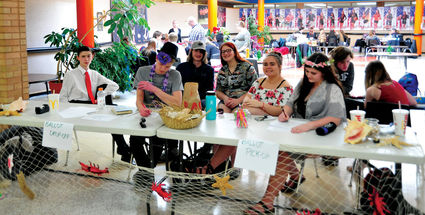 WORLAND - Students from multiple schools around the state head to state meet in Riverton today (Thursday).

"We are hoping to finish in the top three for 3A," Coach Rick Dorn said. "We've had some success this year and we'd like to see that continue at state. I am very proud of all of these kids We had more competition for spots than before, so these 20 kids are doing amazing work!"

The state speech and debate meet takes place at Riverton High School Thursday through Saturday. Thursday, it starts at 10 a.m. Friday, the tournament begins at 8 a.m. and Saturday events start at 8 a.m.