Karla's Kolumn: Do you want to be a superhero? 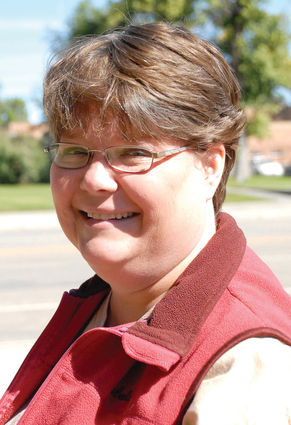 The latest release from Marvel Comics is Captain Marvel and I confess I was one of the many that made it a blockbuster hit on its opening weekend.

According to the Associated Press, "Captain Marvel," Marvel Studios' first female-fronted superhero movie, launched with $153 million domestically and $455 million globally, according to studio estimates Sunday, making it one of the biggest blockbusters ever led by a woman.

Brie Larson's Carol Danvers, a character who first debuted in Marvel Comics in 1968, had never before made it into the movies and was previously lesser known than many Marvel heroes. But "Captain Marvel," which came in at the high end of the Walt Disney Co.'s expectations, ranks as one of Marvel's most successful character debuts, according to the AP.

According to the AP, only "The Avengers" movies, "Black Panther," ''Captain America: Civil War" and "Iron Man 3" have opened better in the Marvel cinematic universe.

I went to the movie on Sunday with a friend because, well, we both love superhero movies and my husband dislikes them.

I love the movies, I've not been a superhero comic fanatic. Truth be told I don't believe I've ever read a superhero comic except "Spider-Man" in the comics in the newspaper. When I was but a child my sister and I purchased "Archie" comics. I did watch the "Spider-Man" Saturday morning cartoons, including "Spider-Man and His Amazing Friends."

And it's not just Marvel superheroes I enjoy, I also like DC Comics. I watched "Wonder Woman" on TV and I saw the original "Superman" movies and the "Batman" quadrilogy where there was a new actor portraying Batman in all but one movie and then came the "Batman (Dark Knight)" trilogy with Christian Bale. As a youngster I watched "Super Friends" on Saturday morning. (Oh the joys of Saturday morning. I feel bad that today's youth don't get to just enjoy fun cartoons on Saturday morning, but that's a topic of another week.) More recently, I have enjoyed DC Comics' "Wonder Woman," "Aquaman" and "Justice League."

The most recent superhero movie, "Captain Marvel" is true to the Marvel cinematic universe with comedy, drama and action all rolled into an entertaining ride.

But what is it about superheroes that brings people to the theaters in droves, and has prompted the TV industry to have multiple TV shows on currently. The CW has several just on their own - "The Flash," "Arrow," "Supergirl," "DC's Legends of Tomorrow" and "Black Lightning." On the main networks two of the most popular are "The Gifted" (life after the X-Men) and "Gotham."

First it is learning the back stories of the superheroes. How did they get their powers? Was it an insect or chemical experiment gone wrong? Was it a mutant gene, alien or manmade?

It's fun to see what every superhero can do, finding out what their super powers are and how they will use them. Will they remember the words of Spider-Man's uncle that with great power comes great responsibility?

Then there's just the entertainment value of watching them save their portion of the world, or sometimes the entire world.

It's also seeing the humanity behind every superhero. Somewhere in their back story we find that at one time they were just like you and I.

It's fun to imagine what you would do if you had a super power. What super power would you choose?

And, if you look, you can find the hidden message, the moral of the story if you will.

But when it comes right down to it, it really is about the sheer entertainment. Sitting down for two hours and losing yourself in the world of the Kree with some popcorn and a soda pop, and forgetting about the laundry you need to do when you get home, the supper you need to cook, the list of things that awaits you Monday at work. You can forget about trying to save your own little world and just enjoy watching someone save the universe.

So, since I know the universe is safe for now, I can sit back, relax and wait a month for "Avengers: Endgame."