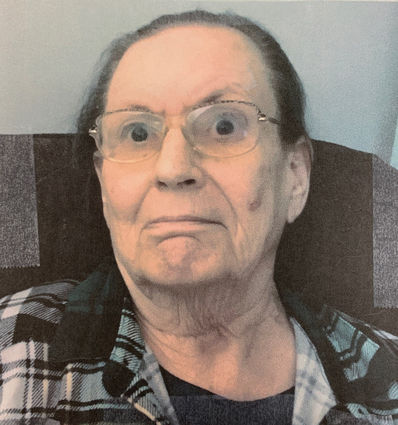 Marion Jean Shearer, 74, passed away on March 16, 2019 at the Worland Healthcare and Rehabilitation Center in Worland.

Marion was born on January 4, 1945 in Worland to James and Mary Margaret (Rankine) Leiper. She grew up on a ranch on the Gooseberry. From an early age, Marion gained a fondness for working outdoors. She became her dad’s “right-hand man” as she worked by his side. Even when her sisters came along, her dad would ask her to assist him with the tasks outside and in the fields. Along with a great work ethic, a deep love for animals became instilled in her while she was in her youth.

She graduated from Worland High School in 1963 and continued her education in Chadron majoring in home economics. It was in Chadron that she met the half to make her whole, Lawrence Walter Shearer aka “Sonny”. They were wed in September of 1965. After they were married, the couple attended the University of Wyoming so that Sonny could finish his education degree. While he was still working on this degree, they moved to the Casper area (Paradise Valley) where she embraced motherhood as their first son, Gavin was born. A few years later, Kenneth was born, making their family complete. The family returned to Worland around 1970. When her boys were old enough to go to school, Marion started driving truck for Larry Bower and later Con Lass. Marion was instrumental in starting the “Corn-picking and selling” from Lass Farms to support the WHS football program. She was a “Football Fanatic” before the group was even a thought! Being involved in her boys’ sporting careers was a highlight of her motherhood. Her voice could be heard above the crowd cheering on her boys. She seldom, if ever, missed a game, home or away. Around 1999 or 2000 she began keeping the grounds at the high school. This job led the way to her working for the city, as a groundskeeper for the Riverview Memorial Gardens Cemetery until she retired in 20007.

Marion was also very involved in the 4-H program. She was a leader for Sewing and was also the Sheep Superintendent for the Washakie County Fair. She volunteered on the Fair Board and would help judge the livestock events. She was insistent that her boys were involved in 4-H and also helped with their projects.

Marion was one of the hardest working women you could ever meet. Her green thumb was apparent in her flower and one-acre vegetable garden. The family would enjoy the fruits of her labors all winter long. She loved being a homebody, but whatever venture Sonny or the boys embarked on, she would support them wholly and do her best to help them succeed.

Marion was preceded in death by her parents, and husband of 53 years in 2016.